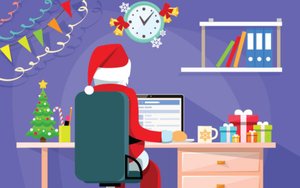 Advertisers plan to spend on average 62% of their holiday marketing budget on digital marketing, with most focusing on social and search running on Facebook and Google, according to survey findings released Wednesday.

While 82% of the companies participating in the survey have separate budgets for search and social marketing, the amount allocated will vary based on the size of the company and their understanding of the media, according to the 2016 Holiday Advertising Survey Report from Kenshoo and direct response agency OrionCKB.

The survey polled e-commerce and retail advertisers on their ad-spend plan to maximize revenue during the upcoming holiday season. Some 71% admit they will spend more on Facebook this year compared with last year. Google Search Keywords and Product Listing Ads will be among the most important ad types.

About 74% of those surveyed said Search Keyword ads were very important to their holiday marketing, and Product Listing Ads (PLAs) were cited as important by 61% of respondents.

Whether or not a company has an in-house marketing team makes a difference in whether a company will increase the amount spent on search and with Google. Nearly 75% of those participating in the survey said their Google spend was higher year-over-year, but only about half of marketers who outsourced said the same.

About 90% of marketers said Search Keywords are more important to their holiday marketing this year compared with last year. The report notes that Google's Expanded Text Ads allows for 50% more space, two times as many headlines and almost three times more characters than before, which could make a big difference.

The same goes for social when it comes to how advertisers will invest. Ad budgets dedicated to Facebook vary widely depending on whether the company has an in-house marketing team or relies on an agency or consultancy for help. When companies take control of the social ads in-house, 36% of the company’s social ad budget is devoted to Facebook. But when a company uses an agency, consultancy, or both — the portion of their social ad budget for Facebook rises to over 50%, according to the study.