Internet Of Things Arrives One Behavioral Change At A Time 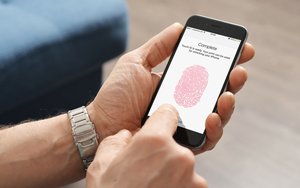 Much of the consumer benefit relating to the Internet of Things involves making things easier for a person to do.

These ease-of-use steps may not come all at once and they may not seem like a big deal when first introduced.

One of the most notable steps will for some things to essentially automatically happen.

For example, MasterCard recently introduced a facial recognition payment system to more easily identify an online shopper. Not an overly big deal, but the approach means a customer doesn’t have to type in a password.

And Expedia is using facial technology to determine what elements of a trip appeal to consumers. The potential traveler watches a video while Expedia taps into the person’s camera (with permission) and, through facial recognition software, captures when the viewer smiles and then creates on-the-fly a special video for the traveler customized for what that consumer likes. A personalized guide also is presented based on the consumer's preferences.

Rather than the consumer having to input desires or answer questions, facial recognition used while watching a video does all of that.

Amazon Dash lets consumers buy with the touch of a button. The same can happen via voice, courtesy of devices such as Amazon’s Alexa or the new Kenmore Alfie, a voice-controlled intelligent shopper.

Smartphones as hubs also have other uses in IoT world. There are the automatic switching devices, like the well-known Belkin WeMo, which anything can be plugged into, turning it into a smartphone-controlled on-off item, like a room lamp.

None of these are revolutionary in themselves but they all impact consumer behavior.

The step of typing something like a password is being replaced by a finger press or face view for a quick scan. And rather than physically going to a device to execute something or toggle a witch, that action becomes a remote activity.

The Internet of Things won’t be arriving with a big splash on one day with one major device in the future. It is arriving day-by-day and device-by-device.

It is here and it is growing. It’s just that not everybody yet notices what it is.