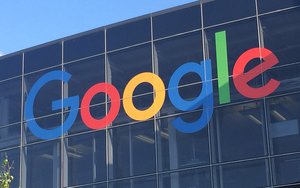 The suspension status occurred in September, but the accreditation was revoked in July, according to the MRC, which notes in the report that it expects to reinstate Google's accreditation status once DoubleClick becomes compliant again.

The suspension is specific to DoubleClick for Publishers and specific metrics tied to mobile impressions within the platform, the methodology for how Google accounts for mobile ad impressions.

In April 2016, the MRC, Interactive Advertising Bureau (IAB) and the Mobile Marketing Association (MMA) announced new guidelines on how companies should measure and account for mobile Web and mobile app ad impressions. It changed the methodology for mobile metrics to "served" rather than "rendered."

The slight alteration sent change in motion. It required Google to rebuild parts of the platform's infrastructure, but the MRC did not give the company enough time to make the change, roll it out, and educate publishers.

"This is very temporary and we'll be back up before the end of the year," said a Google spokesperson, referring to the accreditation.

No one can dispute that Google's methodology comes in a complicated wrapper. The rollout will happen in phases in an effort to not disturb business for publishers.

All publishers using DFP will start to see the downloaded impressions in their DFP interface by the end of the year, but Google will not make them start using the feature with advertisers until they understand the change. "We're talking about a major shift in the foundation of digital advertising, the spokesperson said.

Change is needed, says Rob Griffin, chief information officer at digital agency Almighty. Not just from the MRC, but IAB as well.

While Griffin agrees with change, he says all change is incremental and suggests a full-scale overhaul. The industry spends too many hours arguing, trying to update standards, but their efforts, he claims, are futile.

Advertisers and publishers use the MRC accreditation service to verify that their ads are accurately measured, but recently brands have become questioning the validity of the data and metrics they use to justify budgets.

The MRC did grant accreditation for desktop digital video Viewable Impressions and related viewability statistics, among other services.