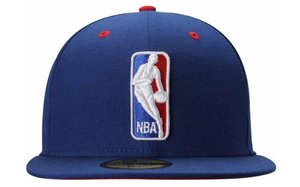 New Era, Mountain Dew, Kia and American Express are among those taking advantage of their NBA sponsorships with activations.

As the league’s official authentic headwear provider, New Era will exclusively produce caps for marquee NBA events, including the NBA Draft presented by State Farm, Conference Finals and NBA Finals, with key products like the NBA Draft Cap and Official Locker Room Championship Cap. The multiyear deal comes as the NBA celebrates its 20-year relationship with New Era, and will include marketing and retail activations within league and team platforms.

In addition to New Era, a number of partners will introduce NBA (including team and player) themed and inspired products including Tissot, which is offering  team watches for all 30 NBA teams. All footwear partners (Nike, Under Armour and adidas) are launching new player shoes. Anheuser-Busch is creating Team Budweiser and Bud Light team cans in select NBA markets (15 teams).

Kia is entering its 10th season as an NBA partner, and in addition to a new Optima campaign (slated for Nov. 1), will continue to own Kia NBA Tip-Off, which includes cross-channel presence, a fan sweepstakes, and a Kia Countdown Clock on NBA.com and new to this season, the NBA app.

American Express is the presenting partner all season of the Halftime Show while AutoTrader is the presenting partner of the pregame show on TNT and NBA TV. State Farm is debuting a campaign centered on the idea that the right combinations make things better, both on and off the court. The campaign features endorsers Damian Lillard, DeAndre Jordan, and Chris Paul and includes four new spots, each of which will premiere during high-profile NBA games.

Kumho Tire is launching a season-long media platform around “Handles,” comparing on-court ball handling to the role Kumho Tire plays off the court. The platform will include bi-weekly posts on NBA Instagram, monthly posts on NBA Twitter and Facebook, a branded video franchise on NBA.com, and a monthly enhancement on NBA TV's Gametime.

PepsiCo is using the NBA to promote Ruffles potato chips. Through Jan. 31, Ruffles will host the Home Court Advantage Program where fans will have the chance to win the ultimate Fan Cave, inclusive of NBA partner prizes and NBA merchandise. The program will be promoted through POS at convenience and grocery stores nationwide, a digital spot, social media and messaging on packaging of more than 57 million units of Ruffles.