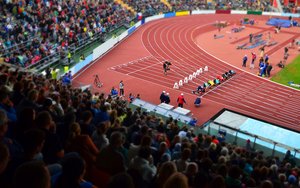 Comcast’s NBCUniversal posted a sharp rise in third-quarter revenue -- largely due to the Olympics -- growing 28% to $9.2 billion.

Broadcast TV business overall grew 56.6% during the period to $3.1 billion. Advertising revenue increased 92.4%; distribution and other revenue was up 77.5% -- also due to the Olympics.

Without the Olympics revenue overall, broadcast business was down 3.6% to $1.9 billion.

Without the Rio Olympics in August, overall NBCU’s revenue posted a 5.7% rise to $7.6 billion.

NBCU’s filmed entertainment was down 8% to $1.8 billion in the third quarter -- due to lower theatrical and home entertainment revenue. Revenue from its Dreamworks acquisition, dated August 22, was included in its results.

Theme parks improved 61% to $1.4 billion due in large part to its new Hollywood venue “The Wizarding World of Harry Potter” attraction.

The company’s Internet/broadband business continues at a faster pace -- 8.8% higher in revenue to $3.4 billion. It also added 330,000 customers during the period -- up from a 320,000 gain in the same period a year ago. Broadband customers now total 24.3 million.