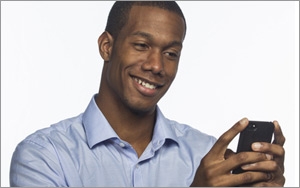 Black Millennials are leading the way for African Americans in using technology and social media, according to a Nielsen report.

There are more than 83 million Millennials in the U.S., according to the U.S. Census Bureau, and African-Americans comprise 14% (about 11.5 million).

For marketers trying to connect with African-Americans, leveraging their passions and usage of today’s latest technology should be a central focus in strategic goals, according to Nielsen.

Led by tech-savvy Millennials, who regard and use technology and social media almost as extensions of their personal identity, African-Americans have become adept at using digital platforms to communicate with their peers as well as others around the world. In fact, 91% of African-Americans own smartphones, and they are the second-largest multicultural group for ownership behind Asian-Americans (94%). Ninety-one percent of African-Americans had Internet access via a smartphone or broadband in 2016, up from 86% in 2015 -- a growth rate of 6%, outpacing all other racial/ethnic groups.