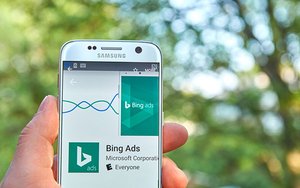 The Microsoft Bing Ads team continues to quietly build out a native search advertising network, testing it with a handful of advertisers, and plans to roll out the platform early in 2017.

Rik van der Kooi, Microsoft search advertising corporate VP, told Search Marketing Daily at the company's annual Bing Next Ads event in Redmond that the ad units not only expand on Microsoft's ad services, but also provides the company's syndication partners and their advertisers will a slew of new opportunities to use what he calls "re-imagined" search.

Publishers like AOL, which is a Bing Ads syndication partner, could take advantage of this type of search ad through their portal and on Huffington Post.

Bing Ads pilots are focused on commercial verticals such as automotive, financial services and travel, and selectively building a network of experiences where intent exists. The ads could have images of just text.

Van der Kooi said the team plans to reach out to other publishers within the next few months to expand the network as the Microsoft Bing Ads team continues to "redefine" search on publisher sites and create new opportunities for marketers by identifying that user intent exists outside of traditional text and image ads on search engines.

"Search is a service that is ultimately supply constrained," he said. "We have enough demand and more advertisers seeking to create new connections or ad clicks. Many of the content services are demand constrained, so this is a way to connect the dots between the two."

van der Kooi explains that Microsoft's technology scrapes the page and run the analytics against it and based on outcome determines what ad will provide the highest value, which he says is a much better way to target ads compared with display that relies on demographics. Search takes advantage of finer intent signals.

What does Microsoft Bing mean by Intent? When Market Watch visitors come to the site to research investments options, they come with the intent of researching financial options. There's an opportunity for financial companies to capitalize on the intent.

In another example, cruise ships, airlines and automotive rental companies would have an opportunity to reach out to potential travelers who visit travel sites looking for vacation options. And finally, people who use Microsoft Outlook Email are signed in users with the potential of being served a native ad because Microsoft has access to the data and search records.