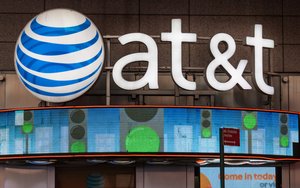 Each company will have representatives on the company’s board of directors. AT&T will hold a controlling interest, adding that “AT&T products and services are provided or offered by subsidiaries and affiliates of AT&T Inc. under the AT&T brand and not by AT&T Inc.”

Financial terms of the new deal were not disclosed.

Since 2007, WPP Group has had a minority stake in Invidi. Irwin Gotlieb, global chairman of WPP’s GroupM, has been on the company’s board of directors.

Invidi already has major distribution in the U.S. -- including platforms operated by AT&T (including DirecTV), Dish Network and other pay TV companies. Addressable TV ads delivered via Invidi’s technology targets matched to “thousands of demographic or psychographic attributes.”

In a statement, Dave Downey, CEO of Invidi, said: “Maintaining our independence and deepening our existing relationships with AT&T, Dish and WPP is a big move for our company and our people.”

Dish Media Sales has addressable advertising on about 100 networks to more than 8 million U.S. homes through Dish Network and Sling TV platforms.