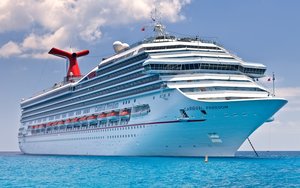 Carnival Corp. has signed on as a sponsor of “The New Celebrity Apprentice.” The cruise company also will launch a charity challenge in connection to the show.

In addition to sponsoring the program’s two-part season finale on Feb. 6 and 13, Carnival Corp. will launch a “Celebrity Apprentice Charity Challenge” offering giveaways for free cruises to raise awareness of and support for the charitable organizations chosen by the celebrity contestants.

“We intend to rely heavily on social media to spread the word about our ‘New Celebrity Apprentice’ sponsorship,” says Ken Jones, vice president of corporate marketing for Carnival. “We hope to also leverage the followings of our featured brands – Carnival Cruise Line, Holland America Line, Princess Cruises and Seabourn.”

The four cruise lines will be features in the show’s two-part season finale.

The show, hosted by Arnold Schwarzenegger, premieres on Jan. 2 at 8 p.m. EST on NBC and features a component that brings attention to worthwhile charities. The Charity Challenge will give viewers of the hit program opportunities to win cruise giveaways each week while also supporting the charities chosen by the celebrity participants. The initiative will go live in December and run through the duration of the program’s eighth season.

Carnival’s sponsorship of NBC’s popular program is the latest initiative in the company’s ongoing strategy to find innovative ways to expand the market and inspire consumers to consider a cruise for their next vacation, Jones says.

“Much like our recent marketing initiatives, we’re looking to reach folks who have never been on a cruise to show them what a great vacation option cruising can be,” Jones tells Marketing Daily.

The company recently launched three original television programs that showcase adventures aboard each of the company’s 10 cruise line brands, which includes “The Voyager with Josh Garcia,” airing on NBC nationwide on Saturday mornings. Additionally, Carnival Corporation exposed a broader consumer audience to cruising with its first-ever Super Bowl commercial in 2015, also on NBC, and an initiative this year with AT&T and Samsung to allow consumers to take a fully immersive virtual reality cruise.