A Blip In The World Of Wearables 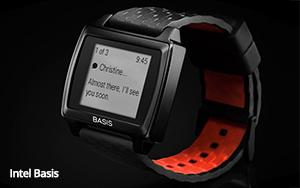 There may be trouble in wearables land.

Based on a number of recent reports, the appetite for smart or connected things that are worn may be softening a bit, at least at the moment.

The latest is the widely reported rumor of a $40 million sale of smartwatch startup Pebble to Fitbit.

For context, Pebble, the once high-flyer on Kickstarter, in 2012 sought $100,000 to create its first watch and raised $10 million. Last year, it raised another $20 million and this year, another $13 million.

The $40 million that TechCrunch suggests Fitbit will pay for Pebble is quite a dive from earlier days. Pebble was offered $740 million to sell itself to Citizen last year and $70 million from Intel later, according to The Motley Fool.

I asked Fitbit about the reports of a pending sale and got the PR textbook reply “Fitbit does not comment on rumors or speculation.”

Fitbit has its own issues. The fitness tracker company lost about 80% of its value since around its IPO last year and the company’s growth story is probably over, says The Motley Fool.

In projecting sales for the final quarter of this year recently, CEO James Park said: “We continue to grow and are profitable, however, not at the pace previously expected.”

And then there’s Under Armour, which has a stated focus on connected fitness and has built a community of 190 million registered users.

However, during the company’s most recent reporting to analysts, CEO Kevin Plank stated: “We want to be clear, like our demand is still there, like this doesn't mean that the demand for the Under Armour brand has disappeared, but it certainly hasn't reappeared dollar-for-dollar in our immediate distribution.”

The company’s stock price is the lowest it’s been all year.

On the other side, The Motley Fool this week picked the three top stocks to buy in wearables and, sure enough, Under Armour is one of them, along with Apple and Qualcomm.

Another wearables indicator is Intel.

Back in August, Intel issued a full recall of its Basis Peak fitness watch, since they posed a burn hazard.

The product was recalled with full customer refunds rather than creating and sending a replacement product. And then Intel announced it would end software support for the device.

Since then, it has been widely reported that Intel was backing away from wearables, although the company last month issued a statement saying that it was not stepping back from the wearables business.

There’s clearly reason for Intel to be in on the Internet of Things, even if not in wearables. On the overall business side, Intel revenue for its Internet of Things business grew almost 20% to $689 million in the last quarter, with more than $190 million profit.

These all may be but blips on the wearables road.

The next two major indicators will be how many consumers receive smartwatches, fitness trackers and other wearables for Christmas, followed by whether those consumers stick with their new wearable and for how long.