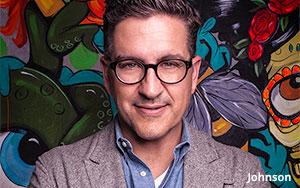 mitú is naming Danny Johnson as its first CMO. In his role, Johnson will oversee mitú’s branding efforts and strategic partnerships, the creative design team, and the business-to-business and consumer marketing arm. He reports to CEO Roy Burstin and is based in Santa Monica, CA.

mitú is aiming to be the voice of Latino youth. Backed by investors including WPP, Verizon Ventures, and Upfront Ventures, the company currently reaches almost 100 million multicultural and Latino youth per month through its content.

He has decades of experience working with brands such as Nike, Disney Channel, Nickelodeon, Disney XD, Sony Pictures, Ubisoft, and others. He has worked at 20th Century Fox and co-founded Creative Asylum, a digital marketing agency that was acquired by Modus Operandi.

Johnson is the latest in a series of recent management hires by four-year-old company. In August, mitú appointed Arturo Carmona, the deputy political director for the Bernie Sanders Presidential campaign as head of community engagement and political affairs. And former head of product at Upworthy, Mike Su also joined the team earlier this year as chief of product.