Amazon Alexa Listens, As Millions More Talk To It 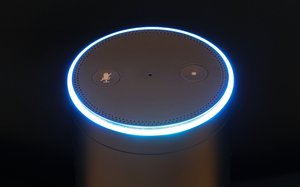 Right on the heels of information that police are seeking past voice data thought to be recorded on Amazon’s Echo, comes word from the company that a huge number more of the devices are entering homes.

Amazon said this holiday season was the best ever for it, with devices including Echo Dot and Amazon Echo topping the best-sellers list.

“Echo and Echo Dot were the best-selling products across Amazon this year, and we’re thrilled that millions of new customers will be introduced to Alexa as a result,” said an Amazon statement.

Of course, this immediately follows word that police in Arkansas are using a search warrant to look for what may have been recorded on Alexa during the course of what police believe was a hot-tub murder, as I wrote about here yesterday (Police Want Amazon Echo To Help Solve A Murder).

However, police in Arkansas are of the opinion that more than that may have been recorded and stored at Amazon.com during the time of the murder, since music was thought to have been playing via the device at the time.

The issue of connected devices listening to what is being said around them is still an early iteration of where voice technology is going.

In the future, the passive collection of nearby conversations and comments could be incorporated with artificial intelligence and machine learning to provide more relevant and valuable answers when queried.

With what it said were millions of new Alexa customers, Amazon provided some interesting stats on what they know about how consumers used Alexa during the holidays.

And that’s just the tip of what Amazon knows is flowing through Alexa.