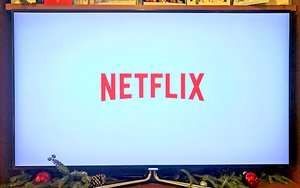 Pay TV cord-cutting seems to be declining for the  TV industry -- although new digital multi-TV-channel distributors are apparently adding back positive trends for traditional platforms/networks.

But “the reality is certainly better than this,” writes Brian Wieser, senior research analyst: He assumes two things: that TV household growth was not as robust as the 1.7% figure suggests, and that “VMVPDs (virtual multichannel video programming distributors) might add back a half percent of growth.”

Currently, VMVPD data (from the likes of Sling, PlayStation Vue and others) are not included in Nielsen pay TV universe estimates. Those numbers will be included in full by the middle of 2017.

Other positive news, Wieser says, is that “the gap between the decline in pay TV subscribers and median cable network penetration rates can be viewed as relatively stable since August, as figures are within a few tenths of percentage points of flat.”

A year ago there were more significant declines in the gap between pay TV subscribers and media cable network penetration rates -- around 1.0%.