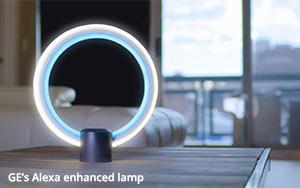 If nothing else, CES this year will push the Internet of Things along its long, winding and increasingly large road.

At this year’s CES, which used to be called the Consumer Electronics Show and then CES International, 165,000 attendees are expected, again turning Las Vegas into a constant state of gridlock.

CES has gotten so big it doesn’t fit in any one place, even one as massive as the Las Vegas Convention Center, where thousands will line up of the official 10 AM opening on Thursday.

However, before the official start of CES, the press and analysts are treated to two full days of presentation and announcements of things to come in 2017.

Despite its focus on electronics and gadgets for consumers, those consumers aren’t the attendees at CES.  Rather, CES attendees are the retailers and resellers who roam the halls and hotels of CES and decide what they will market and sell to consumers in the coming year.

CES essentially is where the market actually decides what it will portray to consumers and what categories and items they will market as devices to improve consumers’ lives.

Companies of all shapes and sizes promote their wares at CES, which has been held annually for 50 years.

Major brands, like Samsung, have booths so large that guided tours are required to get an accurate feel for the scope of products being introduced.

However, major brands are complemented by many no-name startups and lesser known companies, all vying to be the next big thing company.

As a little heads up, here are some of the companies showing their new products at CES this year, relating to smart homes in one way or another, always a staple at CES.

There are countless more, but this hopefully provides at least some of the flavor of smart home innovations being introduced and pitched at CES this year.

Down the road, this is what consumers will be hearing about in the advertising barrage the follows CES product launches.