Internet Of Things Leads The Charge At CES 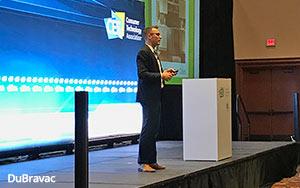 Before the official opening of each annual CES in Las Vegas, the industry organization behind the show comes out with a look ahead, and this year the major theme is the Internet of Things.

Sales of connected devices in the U.S. this year are forecast to reach 600 million units, a record high. Here is the state of the market by category, according to CTA:

In addition to market stats, CTA provides some insights into what to watch for at CES. Here are the five CES tech trends DuBravac identified to monitor:

Based on what I saw presented during the first two days of pre-CES events, the Internet of Things is front and center for all the major technology companies.