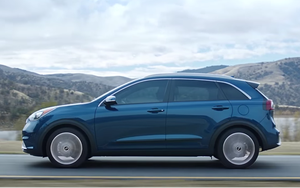 Hyundai Motor America is back for Super Bowl LI with a unique twist on its creative.

The automaker will film a 90-second documentary during the game that will capture some of the best off-the-field Super Bowl moments. The spot will run in the “post-gun” slot, the first commercial break that immediately follows the conclusion of the game and just before the trophy ceremony.

The automaker is a long-time Super Bowl advertiser and 2017 will mark the ninth time in the last 10 years that it has participated in the game. The Super Bowl creative is under development by Hyundai’s agency of record, Innocean Worldwide.

The brand’s Super Bowl marketing program will also include an on-site activation in Houston at Super Bowl Live. The Hyundai space will include an opportunity for fans to interact with Hyundai vehicles and learn about its history of innovation, the overall theme of Super Bowl Live, with a free, nine-day fan festival. Advantage International will manage Hyundai’s activations.

Hyundai is in its second year as an official NFL sponsor and is the official car and SUV of the league. It also has relationships with six teams, including the Arizona Cardinals, Houston Texans, Los Angeles Rams, Miami Dolphins, Minnesota Vikings and Pittsburgh Steelers.

Lexus recently announced that its Super Bowl spot would feature the voice of actress Minnie Driver.

You might think that in a world of cost pressures and demands on marketers to do more with less, brands would be using fewer and fewer celebrities in their creative, but that is not the case, says Melinda McLaughlin, CMO, Extreme Reach.

“We see an upward trend, in the range of a 50% increase from 2015 to 2016, of celebrity participation in advertising, which tells us that the power of celebrities to tell brand stories has never been stronger,” McLaughlin tells Marketing Daily. “Breaking through noise and clutter today is daunting and Kia clearly understands the impact that a well-known and admired person, like Melissa McCarthy, can bring to their brand marketing.”

Advertisers spend an estimated $2-3 billion annually on talent and rights, she says.

"Including a popular celebrity means you’re reaching not just sports fans during the Super Bowl, but the network of fans of that particular personality, who are likely to share the ad afterward in their own social networks,” McLaughlin says.