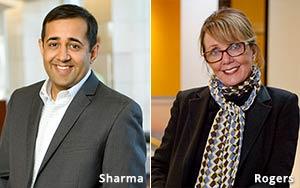 Digital agency DEG is acquiring the Kansas City-based creative content and experience design shop Hint Studios. Terms of the deal were not disclosed.

"In an effort to maintain consistency and brand recognition with its current client base, the company will maintain its name, while updating its logo and brand to reflect the acquisition," says Neal Sharma, co-founder/CEO, DEG. "For the time being, the brand will identify itself as Hint: A DEG Content Creation Studio, before moving completely under the DEG brand umbrella."

For at least the first year, the Hint team will remain in its current office location in the Crossroads Arts District of Kansas City. "However, as the team will be part of DEG’s creative team, they have free reign to work from any of DEG’s offices and vice versa as they collaborate with other DEG practice areas to complete client work," says Sharma.

Hint founder Teri Rogers will become director of content creation and experiential design to oversee the strategy and development of DEG’s creative content. She will collaborate with a creative director and the rest of the creative team while also maintaining relationships with Hint’s current client roster. She’ll also focus on identifying and selling DEG's services to prospective clients.

This deal enables DEG to offer a fuller slate of services. Hint’s creative storytelling capabilities complement DEG’s data and digital strategy perfectly, says Sharma. "Conversations have been occurring for quite some time - more than a year. When Teri made the decision to look for potential agencies to partner with, she was drawn to DEG because it is a true digital agency with a strong technical backbone, and because she saw it as a great fit."

As a result of the acquisition, DEG now has 212 associates, with 191 in its Kansas City-based locations and 21 nationwide.