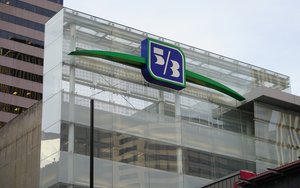 Cincinnati-based Empower MediaMarketing has been awarded media AOR duties for Fifth Third Bank. The win quickly fills an open category for the agency, which parted ways with US Bank last month after a 23-year run.

Empower will lead media planning and buying efforts including social media and content marketing for Fifth Third, which is also headquartered in Cincinnati.

Commenting on the selection, Sandra Hudnell, Fifth Third Bank’s head of digital and direct marketing stated: “Empower’s digital expertise and application of first and third-party data to better inform our marketing strategy played a huge role in our decision to partner with them. Empower helped us rethink how we interpret media, which is paving the way for innovative solutions for our business.”

Hudnell added: “We also admire Empower’s reputation as a female-owned independent media agency that prides itself on being transparent.”

Empower, MediaPost’s 2016 Media Agency of the Year, is coming off a banner year with record revenues including organic growth from 15 of its top 20 clients.