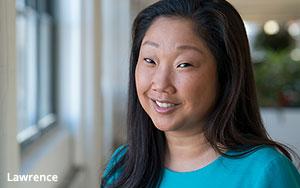 In this newly created role, she will lead the development of innovative, integrated partnerships across print and digital platforms. Based in New York, she joins the agency from Carat and reports to Sarah Baehr, EVP, managing partner, digital investment.

“As the lines between print and digital media continue to blur, the importance of having an expert who can navigate the nexus of those verticals is paramount,” says Baehr. “Bringing Diana on board to lead print within digital activation and further our advanced analytics offering with traditional publishing partners will result in an even more cohesive offering for our clients in line with the merged state of today’s print ecosystem.”

The industry veteran has over 15 years’ experience in the media space. She comes to Horizon from Carat, where she was the VP overseeing digital and print media for Burberry in addition to print media and integrated programs for Beiersdorf and The Home Depot. She has also held roles at MediaVest, Universal McCann, MediaCom, and Draft FCB on accounts such as Johnson & Johnson, GSK, Merck, among others.

“There’s a perception of print that it’s an old and outdated medium – but it’s actually one that’s ripe with change, potential, and prospects," says Lawrence.