GroupM: Marketers Ignore AI At Their Peril; Ad Fraud On The Wane 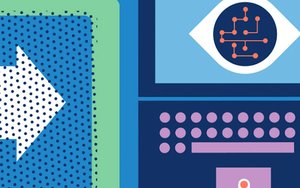 GroupM has released its annual Interaction report that outlines what the firm sees at the state of digital marketing and key issues and trends facing marketers during the coming year.

The report, authored by Global Chief Digital Officer Rob Norman, touches on numerous topics, including the impact of artificial intelligence, virtual reality technology, marketplace integrity and the tumultuous geopolitical scene and its implications.

“It’s impossible to ignore the political events of 2016,” per the report. “The U.S. presidential election, the Brexit vote in Europe, the Italian referendum, the failed coup in Turkey and the tragic events in Syria touch lives and by extension economies, markets and marketing.

"2017 promises to be as tumultuous. Elections in France and Germany and other events may affect the European Union at its core.”

The big message from the electorate, the report surmises, is that “the uneven distribution of wealth is simply unfair and that for many opportunity is fantasy. Some 70% of the world’s population live on less than $10 per day. 38% of all Americans eligible to vote live on less than $55 per day…

"More innovation should produce different innovation. Innovation for the less advantaged in terms of function and value of products and services is every bit as important as VR headsets and the world of wonders.”

Artificial intelligence is becoming inextricably entwined in brand storytelling, per the report. "As [AI] becomes part of the taxonomy of the structured and unstructured story around the brand, its purpose, origin and the conversation it creates will become part of the consumer experience. It had better be a good one.”

Citing an example of what may come to be a typical part of the everyday shopping routine, the report notes the growing impact of devices like Amazon’s Echo and Google’s Google Home.

“Imagine this: “Alexa, what’s the most recommended anti-dandruff shampoo?” Or this: “You ordered Brand A, Brand B has a higher average recommendation, which one would you like?’”

The report surmises there’s been meaningful progress in the battle against ad fraud.

“Instances of ad fraud have not gone away, but we believe it is significantly contained,” it states. The report notes that 2% of impressions purchased by the biggest advertisers in Western markets remain non-human. That’s not zero, which would be ideal, but it’s much better than the 30% that was estimated just three years ago.

“The speed of detection and countermeasures seem to have caught and outpace the development of new fraud strategies.”

Ad blocking, however, remains an issue.

In part, the phenomenon is due to “invasive ad units and careless use of data,” although the report concludes that “surprisingly, the practice appears to have peaked.” There are two key reasons for that, per the report, including better advertising and the increased percentage of ads that are delivered in app environments that are closed to ad-blocking technology.

While that’s good news, “a piece of analysis remains undone. What is the immediate and longer term economic value of the ad blockers that do persist, and how does that translate into lost opportunity for the advertiser?”