What People Would Do While In A Self-Driving Car 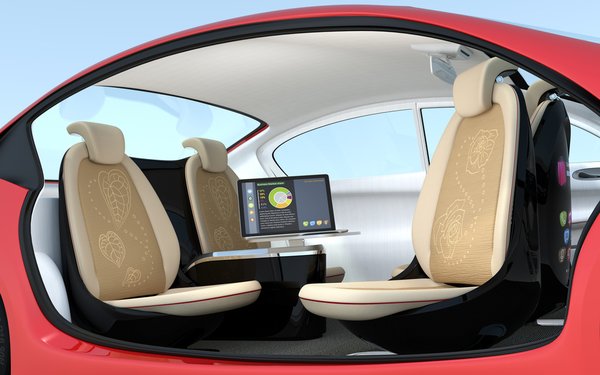 One of the promises of self-driving cars is the potential of new forms of marketing to the people in those cars.

Even though self-driving cars are a work in progress, researchers nonetheless are searching for what drivers expect they would do should they find themselves in a self-driving car.

One survey by Morning Consult earlier this year found that the majority of consumers say talking on the phone would be acceptable while watching TV or reading would not, as I wrote about here at the time (Self-Driving Cars: 23% Would Ride In One, 83% Concerned About Tech Glitches).

A new study now suggests that drivers have plenty of ideas on what they might do in a self-driving car, though many have a range of concerns.

If the commute suddenly became free time because of self-driving cars, most people would catch up on their reading, call friends or family by phone or get work done, based on a survey of 2,000 drivers from around the world conducted by the Auto Insurance Center.

With an average commute time of 26 minutes each way, the Auto Insurance Center points out that other activities, such as taking the kids to school or going to the grocery store, would add even more to the total time spent in cars.

While more than a third (36%) of U.S. drivers would still watch the road if their car was self-driving, the other group noted what they would likely do in that car. Here, in order, are what drivers said they would be most likely to do while in a self-driving car:

Self-driving cars continue to be developed and road-tested. Others in the market are starting to consider what the activity and ultimately messaging will be most logical for the people in those cars.

Still to be determined is who those people might be.

automation, automotive, cars, iot
8 comments about "What People Would Do While In A Self-Driving Car".
Check to receive email when comments are posted.
Read more comments >
Next story loading