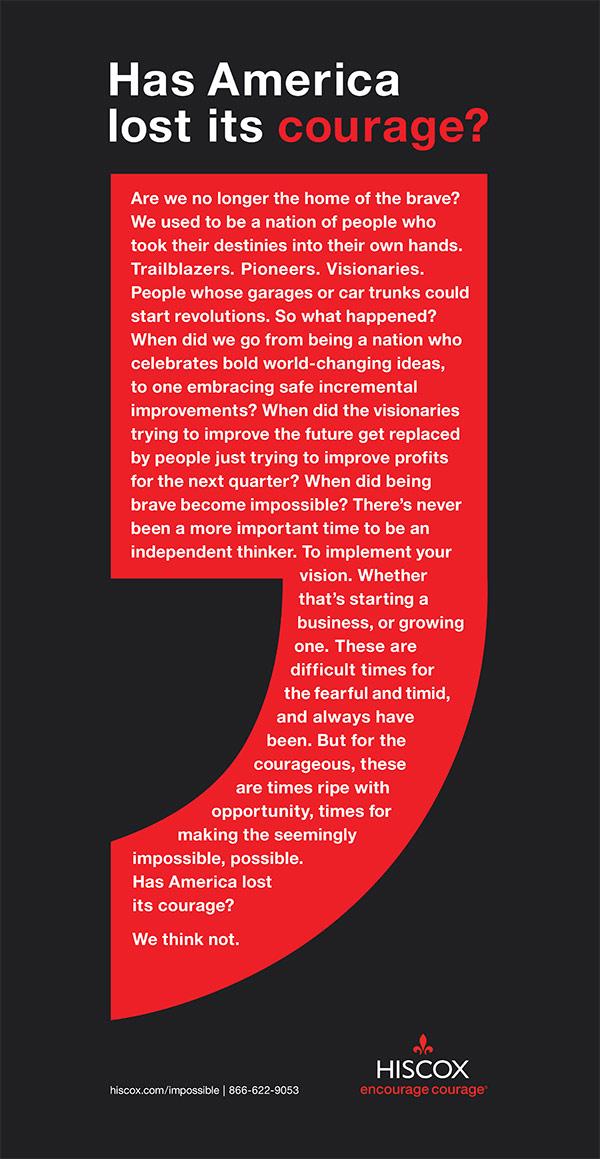 Small-business insurer Hiscox and its agency gyro are out with a new campaign dubbed ‘I’mpossible.’ The apostrophe between the letters I and m is not a typo--rather it’s designed to signify a leaf from Hiscox's red fleur-de-lis logo.

The campaign is an extension of the firm’s broader “Encourage Courage” initiative that was created three years ago as a way to showcase the insurer’s encouragement of prudent risk-taking on the part of small-business entrepreneurs.

The initial print ad in the new campaign, which broke in today’s Wall Street Journal, poses the question, "Has America lost its courage?" It’s a rhetorical question that it is answered a few paragraphs later with, “We think not.”

In between the ad challenges the state of business in America. “There’s never been a more important time to be an independent thinker,” it states. “For the courageous these are times ripe with opportunity, times for making the seemingly impossible possible.”

Ads in the campaign will also run a series of vignettes under the “My Impossible” banner describing how individual entrepreneurs started a business and what motivated them. 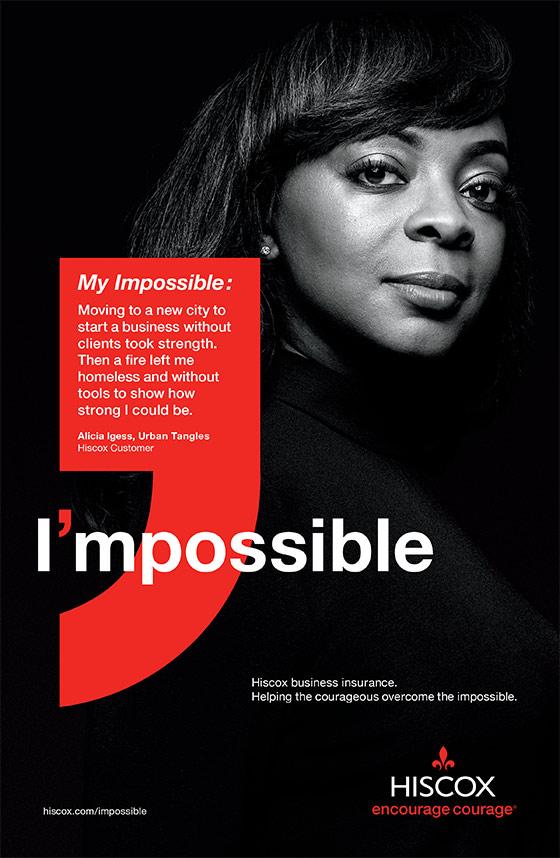