Why Do We Get Dressed? UNIQLO Has The Answer 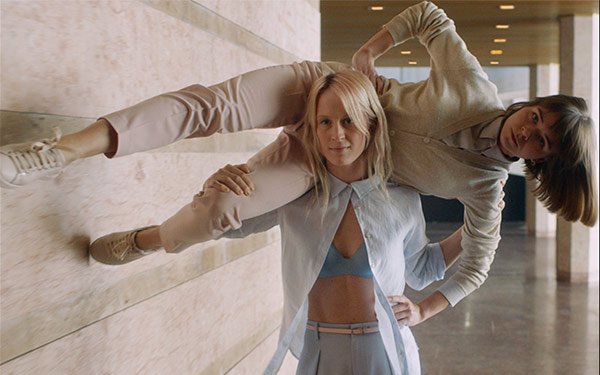 Uniqlo and its agency Droga5 London are introducing the “Because of Life, We Made LifeWear” global campaign to support what the retailer says is its quest to create clothes that make life better.

This is the first work for the brand by the London office and is designed to answer the question posed by the “Why do We Get Dressed?” campaign that was developed by Droga5 New York last year. The account moved to the Big Smoke after the initial campaign launch in order to address a conflict of interest in the New York office (probably Under Armour, but the agency declined to elaborate or confirm the conflicting account.)

This campaign features several ads including “Wireless Bra”, “AIRism”, and “Distressed Denim." AIRism, for instance, focuses on UNIQLO’s high-tech innerwear made from breathable materials by showcasing images of people going about everyday activities, with perspiration evaporating from their bodies. The ad asks: “Shouldn’t our clothes breathe with us?”

Wireless Bra is meant to be unique among bra commercials in that it challenges the stereotypes of what feminine movements looks like. And Distressed Denim captures two people in a chance romantic encounter at a remote gas station - both are wearing UNIQLO’s distressed denim. The spots can be seen here.

"What we've tried to do here is take the rational reasons you buy their clothes and articulate them in the abstract," says David Kolbusz, chief creative officer, Droga5 London. “UNIQLO's products are incredibly thoughtfully designed to meet real human needs - a bra designed without wires to be more comfortable, a shirt that keeps you cool.”

The media buy will run online in :60, :30 and :15 second cut-downs and will be re-voiced in many local markets across the U.S, Europe, Asia, and Australia. The initial group of ads are voiced by English actress Tuppence Middleton.

"We also set out from the beginning to create a campaign that was both globally relevant in terms of insight and globally representative in terms of the films themselves," the agency notes. Visual assets will be used in-store as well as online.