AdLarge has been migrating its podcast portfolio to Megaphone since November 2016 in a bid to open up opportunities for its brand and podcast partners.

“We listened to our advertisers and podcast partners, identified their needs, and set out to find the hosting and ad platform with the most powerful solutions,” stated Cathy Csukas, Co-Founder and Co-Chief Executive Officer of AdLarge Media. “Megaphone’s has revolutionized podcast publishing and ad buying.”

“AdLarge has a 30,000-foot view of the podcast industry, which is a vantage point that allows it to think long-term about solutions,” stated Jason Cox, Panoply’s chief technology officer. “AdLarge’s insights will help inform new and innovative features to meet the growing needs of both podcasters and advertisers.”

Dynamic ad insertion involves podcast ads, including mid-roll host reads, that are recorded independently and inserted into predetermined sets across an entire series at the moment of download. When the campaign reaches the impressions cap or end date, the ads are automatically removed. The creative can be swapped at any time. Native ads can live in perpetuity in archived episodes.

Since 2012, Panoply said that Megaphone has served more than 250 million podcast episodes; it expects to exceed half a billion in 2017.

AdLarge Media, which produces all manner of radio content regardless of distribution system or device—streaming or terrestrial—is also producing original podcasts. It also represents existing podcasts by generating sponsorship opportunities as the medium evolves.

Levine, who’s been producing the podcast since May 2016, offers unfiltered, intimate interviews that often illuminate surprising insights and funny stories—showing, in its way, that celebrities are people too.

“Little Known Facts" capitalizes on the enormous followings Levine's guests have, as her own following grows—she has more than 12,000 Twitter followers, for example. 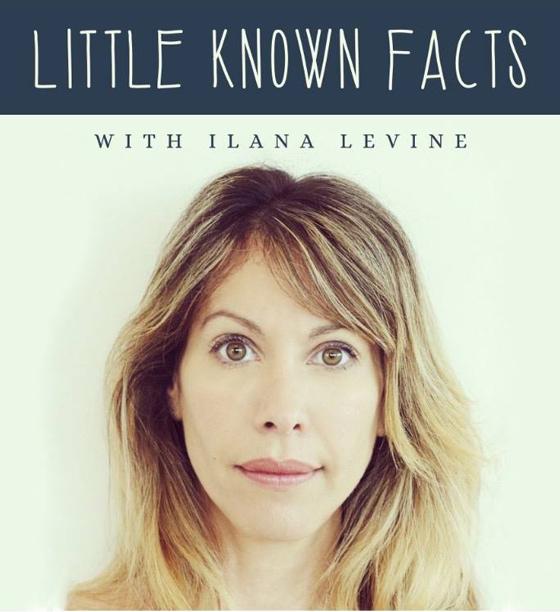 “The interviews are raw, emotional, and unscripted,” explained Levine. “Podcasting is an intimate medium, and listeners to 'Little Known Facts' feel like they have pulled up a chair at a corner table, long after the restaurant has closed, and are part of a private conversation between friends.”

AdLarge will help her tap into the audience connection to brands that are right for her podcast. She envisions advertising partners that are organic to her interests. Take, for example, the organization Girls Who Code. Levine met the founder of the company, and believes an organization like that would be a good fit as a sponsor. A fan of Tate's Cookies, Levine offers guests gift packs to take home—Tate's could be a potential sponsorship target.

AdLarge is growing its original podcast business, and Levine’s will be part of two of AdLarge’s Lifestyle Content Categories: Entertainment and Female-Focused. The segments are designed to facilitate more effective targeted digital audio ad-buying for brands.

In addition to iTunes, “Little Known Facts with Ilana Levine” can be heard on Google Play and broadwayworld.com.