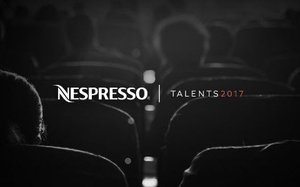 For year two of its international filmmaking contest, Nespresso Talents 2017, Nespresso has formed a partnership with the Tribeca Film Festival.

For entrants, that means that the addition of three U.S. national awards. Each winner will receive $1,000 and an invitation to the Tribeca Film Festival in New York City, with the first-place winner also winning a trip to the Cannes Film Festival.

As part of the Tribeca sponsorship, Nespresso will host a screening of the three U.S. finalists’ films, and other events such as VIP screenings and after-parties. Nespresso will also host a branded coffee lounge at the Tribeca Festival Hub at Spring Studios.

The new U.S. awards are in addition to two international jury awards and two international popular winners. Each of those levels involves cash prizes (6,000 or 3,000 pounds) and invitations to the Cannes Film Festival.

This year, entrants — the contest is open to both amateur and established filmmakers — are being challenged to use a new vertical video format (9:16) designed for compatibility with mobile.

Nespresso’s own promotional video for the contest (below) was filmed in the vertical format. The contest is being promoted through social media, PR and other channels.

Entries are supposed to illustrate the theme “You have the power to ...” by visually telling a story of “how someone or something has the power to change situations or make a difference, no matter how large or small.”

Entries are being accepted on the contest’s site through April 7.

For Nespresso — which continues to employ George Clooney as a brand rep — the film contest ties in with marketing designed to position the brand as sophisticated and a cut above.