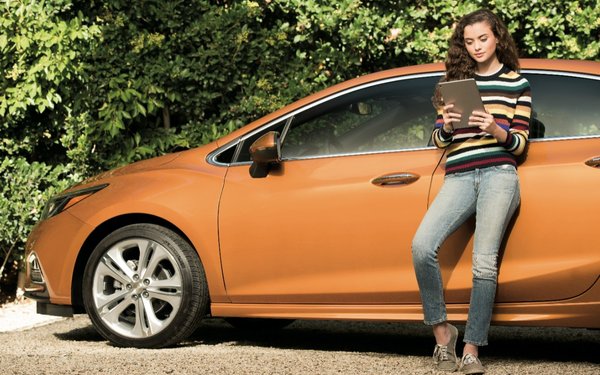 The concept of ‘connected cars’ is starting to get more real.

At CES in Las Vegas three years ago, General Motors executives, with the help of two cars on stage and one in the back of the room, demonstrated how they expected consumers would be using technology inside their vehicles.

At that mega press event, GM announced a partnership with AT&T, so that all future Chevys would be shipped with networking technology included in the car, just as was installed in the cars on stage.

At the time, GM and AT&T conceptually viewed the car as another potential mobile device on the network, as I wrote about at the time (CES & The Connected Car For Commerce).

Just last year, Chevy owners used more than 4 million gigabytes of data, 200% more than the year before. For perspective, that means Chevrolet owners and passengers streamed the equivalent of more than 17 million hours of video.

Now it’s about to get more interesting.

Effective immediately, Chevy owners now can get an unlimited amount of data through their car for $20 a month.

This means that anyone driving or riding in a connected Chevy can tap into what effectively becomes a moving, high-speed Wi-Fi hotspot.

This model is just in time for the coming flood of additional screens in cars, which then could be linked to a car’s connectivity, so that movies could be streamed in the backseat, music in the front, or a carload of kids could surf the Web.

Like many mobile data plans, there’s a slight caveat to what the word ‘unlimited’ means. The amount of data available technically is unlimited, but an OnStar advisor told me that after 22 gigabytes are used, the high speed is throttled to not-so-high speed. (For context, Cisco estimated average mobile usage to be around 4 gigabytes a month.)

Other carmakers are likely to follow GM’s lead, which would translate into a new dimension of mobile Wi-Fi connectivity, no smartphone cell plan required.

This is a game-changer.