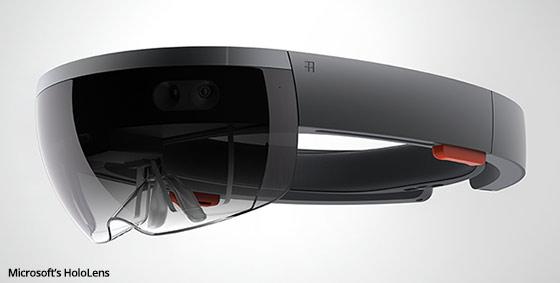 The market for augmented reality devices is expected to grow in the coming years, but may transition from one type of experience to another.

By 2022, nearly 23 million augmented reality or mixed reality glasses will be sold per year -- up from 150,000 last year, according to the study.

Tractica defines assisted reality glasses as glasses that "layer digital images onto the real world without any specific knowledge of the environment" and mixed reality headsets as headsets that have "positional tracking and depth sensors to provide a more immersive experience, enabling interactions with holographic objects."

The growth of mixed reality devices will begin to gain momentum after next year, and assisted reality glasses will experience most of the augmented reality market growth in the short-term, according to the study.

This seems to be consistent with other longer-term projections for augmented reality and virtual reality.

For example, a recent study by Citi found that virtual reality will account for most of AR and VR market growth over the next few years, but augmented reality will overtake it by 2020, as the IoT Daily reported at the time (AR Market Projected To Reach $1.3 Trillion, 25% Of Online Commerce By 2035).

Tractica expects the revenue generated by shipments of assisted reality and mixed reality devices combined to grow from $139 million last year to $20 billion by 2022.