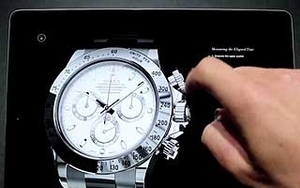 Rolex, Amazon, Sony, Lego and Hallmark are the most highly regarded brands in the U.S., according to a study from the Reputation Institute.

“Classic American brands stand out at the top of this year's US RepTrak 100 rankings, with 7 of the 10 companies U.S. based, and most of these representing what we'd consider ‘nostalgic brands’ like Lego, Hallmark and Fruit of the Loom," says Allen Bonde, RI chief marketing officer. "Especially appealing to Millennials, we see these types of brands equally focused on good citizenship, active on social media and great at demonstrating their brand purpose across all media channels."

The pull could be in response to the overall political climate/uncertainly, which is prompting consumers to get back to basics and reconnect with brands that represent their values, Bonde tells Marketing Daily.

“Also related to this we saw a rise of the outdoor outfitters like L.L. Bean, Bass Pro Shops and Columbia Sportswear,” he says.

Rounding out the top 10 are Netflix, Kimberly-Clark, Hershey, Fruit of the Loom and Barnes & Noble.

The annual rankings are based on more than 42,000 respondents who completed a survey in the first quarter of 2017. The survey quantifies the emotional bond that stakeholders have with 800 leading companies, and how these connections drive supportive behavior like the willingness to purchase a company’s products, recommend the brand, invest in or even work for the company. The full list is available here.

For 2017, Rolex has emerged to displace Amazon as number one, while Lego and Hershey bounce back into the top 10 and Kimberly-Clark appears in the top 10 for the first time. On the downside, Samsung dropped from number three to number 63 after the company was challenged by its Galaxy Note 7 recall. Other companies taking a step back in reputation this year include American Express and Yahoo.

When looking at industry reputations, consumer companies remain the most highly regarded (due to relatability), while the energy sector is the weakest. The top ranked industries are consumer, food and beverage, transport, automotive, airlines, industrial, retail, technology, information and pharmaceuticals.

Despite being highly ranked as an industry, no companies rose to the top of the individual list. The highest ranked auto brand is BMW (#46), followed by Tesla (#73) and Honda (#82). Also, Harley-Davidson was #97.

"As a group, the automotive vertical actually has a strong score but not nearly as high as the consumer sector or food and beverage,” Bonde says. “Also, while (the top) automakers typically get good grades for products and innovation (and some for performance), a number struggle when it comes to citizenship and governance (think VW). These CSR deficiencies generally are the difference between being in the top 10/50 and being in the upper middle of the rest of the pack.”