Modi's Bologna: Advanced TV Not As Daunting As Many Think 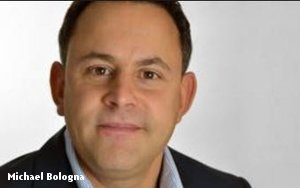 While there are indeed many moving parts within the advanced television ecosystem, implementing effective campaigns isn’t as daunting as might be assumed by those who haven’t jumped into the fray yet.

That was the upbeat message delivered by Michael Bologna, president of Modi Media/GroupM, during MediaPost’s recent TV Insider Summit.

To demonstrate his point, Bologna offered a case study of a campaign that Modi conducted with a luxury sedan brand that successfully employed four advanced TV methods or platforms: addressable, OTT, mobile devices and indexing.

Using a target audience segment consisting of consumers identified as being in-market for key competitive auto models, Modi identified a total of 9.4 million qualified households and devices. That included 5.3 million addressable households, 2.9 million through smartphones and tablets, and 1.9 million connected OTT (Roku and Hulu users only).

Bologna noted that, in this case, the size of the devices sub-segment was intentionally limited because the creative was a 30-second commercial, so the team decided to deliver the messaging only within full-length television programming inventory.

A total of 4,500 cars were sold during the campaign. Based on the controlled test element that is built into every advanced TV campaign that Modi does, it was determined that 670 of those sales could safely be attributed to the advanced campaign, as opposed to exposure to the brand’s general advertising or other factors.

That translated to a $25 million return on advertising spending, Bologna reported. “That’s based on MSRP, because this client we’ve been working with for years chooses not to share with us the exact profit margins on their cars — and I don’t blame them; I wouldn’t share that information, either,” he said. “But my point is that that’s the beauty of this: We only need a certain amount of data and information from the advertiser to implement these advanced campaigns and realize this kind of return on advertising spending.”

Taking It By Steps
While advanced television can seem hugely complex because of the number of players and the current fragmentation, implementing campaigns like this actually requires just a few core steps, Bologna said.

First, they require a conversation with the advertiser to determine the target audience. Defining the target is often easier with smaller and mid-size advertisers that have already identified multiple niche targets, as opposed to large brands that have used mass television for years to achieve specific GRP goals and have very little attribution analysis, he noted.

Advanced campaigns also require a knowledge of the numerous possible data sources, in order to identify the most appropriate one for defining the desired segment, before determining which advanced television tactics to employ.

Working with the various media owners is the most difficult stage, in Bologna’s view, because “they don’t like to work together,” he said. “They all want to work in their own siloes — although that will improve over time.”

Currently, most of Modi’s advanced television projects involve pooling various media owners, applying a single data source and a single form of measurement, and then reporting back to each advertiser, he reported.

Modi’s campaigns for clients usually start with some segment of the 47 million U.S. households reachable through addressable, which is the agency’s “bread and butter” and Bologna’s self-described “passion.”

However, he stressed that about 35% of the agency’s household-level addressable campaigns in the first quarter have also included at least one, and sometimes two or three, of the other advanced platforms/methods.

He also expects reaching targeted segments through mobile devices to expand going forward because the industry has now  gotten a handle on how to dedupe to avoid excessive ad frequencies to addressable households that are also device users.

At the same time, use of Roku and Hulu will expand because it’s now become possible to use the same segments and data sources in those platforms as are used in addressable, he said.

In fact, if the same campaign were to be conducted six months from now for that luxury sedan brand, the targeted audience numbers for the mobile devices and connected/OTT components would be larger, while the addressable component would likely be little changed, he said.

“In the addressable part, all we need now is more scale — more MVPDs to come on board, more devices, more non-cable inventory,” Bologna observed.

The indexing approach has been shown to yield results and positive return on ad spending, and it will be used more broadly once marketers have a more precise understanding of “the right balance in terms of how much indexed inventory to use,” he said.

“What I’d love to do some day is take the information we get by determining network programs and dayparts that index high against a segment, and then apply that to the [addressable] households and mobile devices, because then you would have a double whammy,” he noted. “But I think we’re still a couple of years away from that.”

Bologna lauded major networks for their initiatives enabling more targeted audience buys, although he added: “I think we’re going to be challenged with national indexing over the next eight to 12 months simply because of the balance of inventory. [The networks] are going to be less likely to pull highly rated programming into audience-based buys.” Still, he said, “let’s give them a chance, because progress is a very good thing.”