REI Takes On Femvertising With 'Force Of Nature' 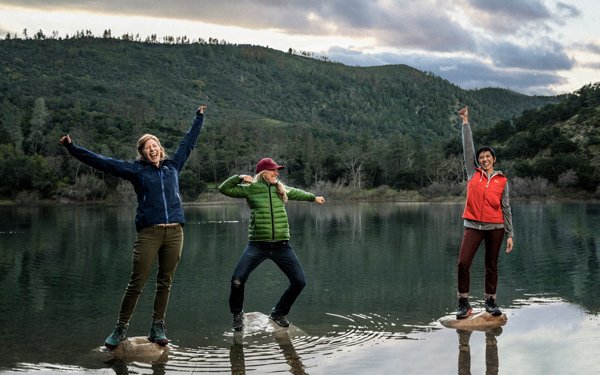 REI, following up on the smash hit of its #OptOutside effort, is at it again, with a new “Force of Nature” project it hopes will take female-empowerment ads to a whole new level. Its master plan? To turn the entire outdoors into “the world’s largest level playing field.”

Like many marketers, including mostly-male competitors like Nike and Under Armour and female brands such as Dove, Pantene, and Always, the new effort encourages women to think past the traditional constraints of ladylike behavior. But unlike those brands, “women’s leadership has been part of what we do here for a long time,” says Laura Swapp, REI’s director of public affairs and next-gen marketing.

“The co-op was cofounded by a woman back in 1938. Sally Jewell was our CEO until she named Secretary of the Interior. Of our 16 million members, half are women. And we had been exploring this 'force of nature’ idea, this sense that spending time outdoors is the secret sauce that fuels all these women.”

“We were sensing that this deep relationship with the outdoors was more important than we realized,” adds Andreea Niculescu, senior brand strategist. “It was where they were getting self-reliance, strength, and a sense of play that they were bringing into the rest of their lives.”

So REI hired Edelman to do “deep qualitative research,” she says, “just to make sure we weren’t drinking our own Kool-Aid.” Turns out 74% of the women it surveyed say spending time outdoors makes them feel free from everyday pressure, and women who spend at least an hour a day outdoors are more likely to feel equal to men in academia, the workplace and politically.

She tells Marketing Daily that the point of the project, which has been in the works for 15 months, is to “get past all the male-dominated imagery, the male heroes, the male experts, to shine a light on these women.”

The film, created in-house, is live on its social channels, and just the start. REI says it plans to donate $1 million this year to nonprofits that encourage women in the outdoors. (As a co-op, it reinvests 70% of profits in outdoor-related causes.) It’s partnering with Outside for its first all women’s issue. And the Seattle-based retailer is also vowing a more intense effort to develop gear and apparel, and some 1,000 events. “We’ve already doubled our courses for women this year, and doubled the number of women who have attended them,” she says.

But perhaps most significant is that the women-first messaging isn’t a one-shot effort. Women-dominated storytelling will run through the end of the year.

Niculescu tells us that #OptOutside, the 2015 effort that encouraged people to skip Black Friday holiday shopping in favor of an outdoors experience, “was the first time we declared what we stand for. This effort, and we hope more to come, are a continued demonstration of the co-op’s perspective and values.”

When REI began hatching “Force of Nature,” Donald Trump wasn’t the president, and it wasn’t a given that a campaign encouraging women to climb mountains and leap over chasms would be viewed as political. But both execs accept that it’s likely to be viewed that way by many.

“We’re not afraid of that,” Swapp says. “This isn’t political. It’s not anti-Trump. It’s not anti-men. But an equal playing field is core to our values and always has been. We’re not changing it for anyone. This idea is bigger—how can we open up the outdoors for everyone?”