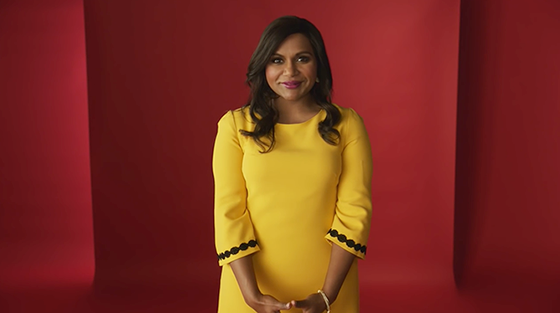 McDonald's has created a television campaign now posted to YouTube that never mentions the name of the company, but asks viewers to bring up Google's search engines to search on "that place where Coke tastes so good."

The ad, which ties search to video and TV, features Mindy Kaling. It doesn't mention McDonald's, but Kaling is dressed in a gold-colored shirt in front of a red backdrop. Even if a consumer isn't familiar with the brand's colors, the mere act of getting viewers to pick up their smartphone or tablet and type in those seven magic words will give it away.

In another ad posted to YouTube, Kaliing has a discussion with a beverage technician named Rick, who says the brand's name numerous times. Each time the name gets bleeped out.

The ad series, created by Omnicom's McDonald’s-dedicated We Are Unlimited agency, features three 30-second ads and one 15-second ad. They are now posted to YouTube on a channel that reads "that place where Coke tastes SO good."

The ads are part of McDonald's first unbranded marketing campaign in which the fast food chain asks viewers to Google that place, according to one media outlet. The campaign aims to capitalize on video and search engine results.

While the ads will no doubt prompt many more searches online, the series of ads from McDonald's are different than last week's Burger King's television ads because they are not intended to trigger a voice search on Google Home, the company's hub.

Google eventually stopped the commercial's ability to trigger searches in the device.