Here's The Reason No One Is Using Facebook Stories

After launching a few weeks ago, Facebook Stories have become somewhat of a joke because it seems like no one is using them. For many Facebook mobile users, the screenshot below is what they’re seeing — a random set of ghosted out friends that haven’t “added to their story recently.” Translation: They’re not using Facebook Stories. 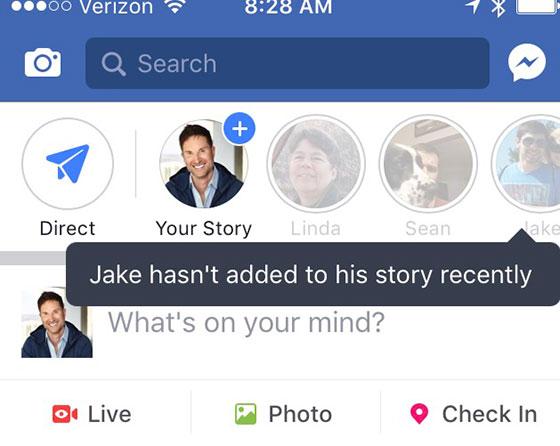 To find out why, Hill Holliday’s in-house research group surveyed over 1000 people — more than half of whom are younger than 44 and a third less than 35 years old with a 50/50 gender split. 58% of respondents use Facebook several times per day and 83% several times per week.

The answer is that they’re already quite content using either Instagram Stories or Snapchat Stories—They don’t want to use (or switch to) yet another platform to post “stories.” In fact, 445 Snapchat Story users and 410 Instagram Story users responded to our survey by saying, “I prefer to use one platform [for stories].” There’s an overwhelming feeling that Facebook Stories is a redundant feature and an added commitment that people don’t want to make.