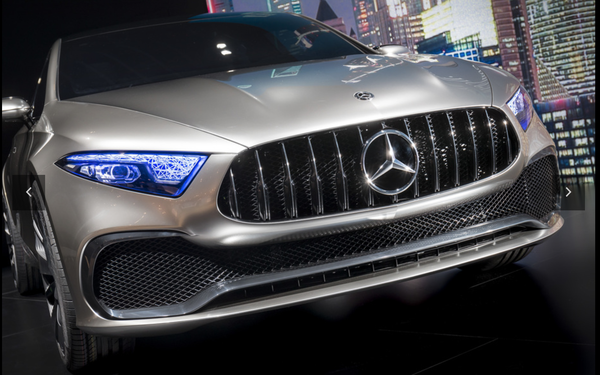 Millennials are helping to push Mercedes-Benz, Beats and CarGurus.com to top brand status, according to a new survey by The Harris Poll.

According to Harris Poll’s research, seven of the top 10 Millennial car brands are luxury brands, versus five each for Gen X and Baby Boomers. Aspiration, however, outpaces ownership, as Millennials are much less likely to actually own luxury cars than older generations.

As for in-vehicle sound systems, Beats rose 12 equity points (which is significant given that brand equity tends to resist movement) to succeed Bose, which has held the Car Audio Brand of the Year title for the past five years. Millennials appear to be behind Beats' success; 33% of Millennials are familiar with Beats, compared to 17% of consumers overall.

On the sales side of the business, CarGurus.com makes its debut as Online Auto Shopping Brand of the Year, jumping seven equity points and squeaking past KBB.com, which held the title since 2012. Twenty-five percent of Millennials are familiar with CarGurus.com, compared to 16% of consumers overall.

Subaru is the clear rapid riser in the Non-Luxury Auto category. In fifth place this year, Subaru builds on its equity as the brand focuses on its SUV/Crossover roots and continues its “Love” campaign. Volkswagen’s equity is showing slow signs of recovery after its emissions scandal, but continues to struggle on the brand momentum scale, with 35% of consumers considering the brand “on the way down.”

Tesla has been the top momentum auto brand for the last four years. While it still has a way to go to compete with top car brands in equity, its strong momentum places it among the new “next big thing” home automation brands -- second only to Amazon Echo, according to the study.

The 2017 Harris Poll EquiTrend Study is based on a sample of 102,617 U.S. consumers ages 15 and over who were surveyed online, in English, between December 30, 2016, and February 21, 2017. The total number of brands rated was 4,052. Each respondent was asked to rate a total of 40 randomly selected brands. Each brand received approximately 1,000 ratings. Data was weighted to be representative of the entire U.S. population of consumers ages 15 and over based on age by sex, education, race/ethnicity, region, income, and data from respondents ages 18 and over were also weighted for their propensity to be online.