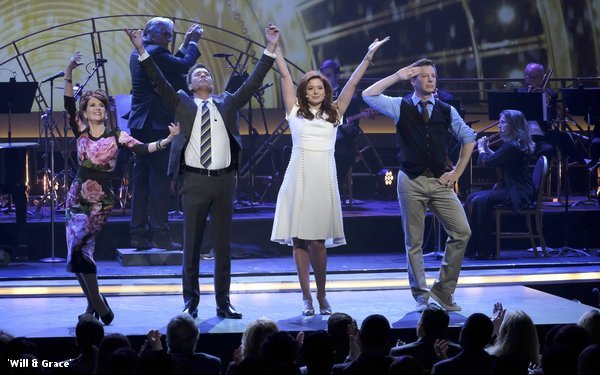 Yaccarino, chairman of advertising sales and client partnerships for NBCU, relayed a story that a media agency CEO told her recently. She would have “the easiest job this year” in the upfront advertising selling season because of digital media’s brand safety issues.

“With NBCUniversal, you never have to worry about your ad showing up next to something objectionable,” said Yaccarino. “But let’s be honest — promising brand safety is a really low bar — and some companies can’t even do that.”

Yaccarino went on to cite a recent study NBC did with Accenture showing that overall premium TV content delivers four times as much brand awareness as paid social media and 11 times more than short-form video.

Even then, NBCU isn’t shying away from digital — especially mobile. Yaccarino claimed that NBCUniversal  “is the only company that can reach every single smartphone in the country.” As part of this, NBCUniversal, last November, struck a big deal with Apple News, in which NBCU sells advertising in what it calls “trusted” advertising opportunities with mobile publishers.

TV’s declining viewership, by current Nielsen measures, has been a major concern for big TV marketers.

Yaccarino has been a big critic of Nielsen’s proposed plan for its Total Content Ratings (TCR), a metric that includes all traditional TV -- live, linear and delayed TV viewing, as well as digital media airings of TV episodes, up to 35 days after its initial airing.

Given this, Yaccarino says NBCU has its own plan for measurement — going beyond traditional age and gender metrics.

“At NBC, we just could wait any long —so we built the capabilities ourselves,” she says. “This year, we are guaranteeing up to $1 billion of inventory, based on real business outcomes — your business outcomes.”

She added: “We are teaming up with our good friends at Fox and Moat using Moat video scores to measure all viewing — live, linear and digital. That way, all of us can compare different video environments with just one metric.”

Even though competing digital media platforms have grown due to key ROI business metrics, TV can now compete on the same level: “Today with TV, you get the best of both worlds — the data you crave plus the premium content everybody loves.”

TV still has a leg up; digital media algorithms can’t do it all, she says. If algorithms were in control at the TV networks, says Yaccarino, NBC network’s hit “This Is Us” or USA Network’s “Mr. Robot” would never have made it on air.

“If you want to reach real humans, you need the human touch.”