To Sponsor Or Not To Sponsor: That Is The Question 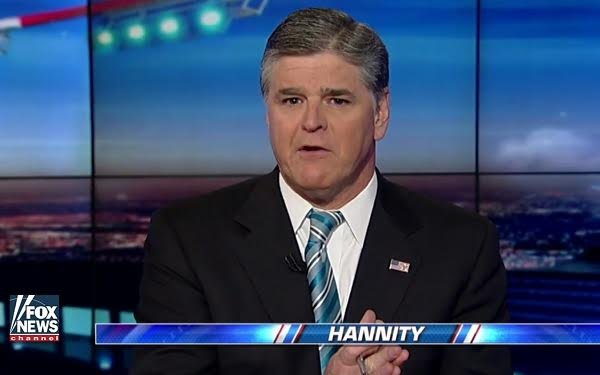 Advertisers that may now be contemplating withdrawing their commercials from “Hannity” are exhibiting a conscientiousness about the environment for their messages that was heretofore undetectable.

The latest “news” in the “Hannity” advertiser-boycott story is that two advertisers have pulled their ads from the Fox News Channel show.

Here is how this story is reported on the Hollywood Reporter Web site: “Sean Hannity has lost two advertisers -- Cars.com and Peloton -- presumably over his coverage of Seth Rich, a Democratic National Committee staffer who was murdered a year ago.”

From a journalistic standpoint, the use of the word “presumably” in that sentence is troubling because “presumptions” are not facts. The story goes on to cite statements from the companies that are vague about the reasons for their pullouts.

To give the reporter his due, he seemed to make his presumption about why they did this based on the timing of their decisions, which coincide with a furor over the way Hannity has been covering this murder story.

You can get up to date on that story, and read a list of “Hannity” advertisers, here in this story that was posted Wednesday on MediaPost.

Whether any more of the many advertisers listed there will follow Cars.com and Peloton off of “Hannity” remains to be seen and/or reported (presumptively or otherwise).

But it's the threat of advertiser boycotts that I wonder about every time this tactic rears its ugly head. This might be naïve on my part, but I have always felt that while political views may vary greatly in this country, everyone’s money is the same color -- green.

“Hannity” viewers buy cars and at least some of them might be in the market for exercise equipment. In addition, who’s to say how many of them agree with Hannity’s conspiracy theories surrounding this murder? Maybe a great number of people watch “Hannity” for its entertainment value and take what he says with a grain of salt.

Advertisers, of course, are free to disagree with the contents and tone of any TV show they wish and take their money elsewhere.

But this level of self-consciousness where the allocation of their ad budgets is concerned only seems to rise when some outside entity such as a pressure group begins calling for an advertiser boycott and, in the process, generates headlines.

At all other times, advertisers seem oblivious to the contents of TV shows in which their commercials appear.

This is a far cry from television's olden days. In a much less-permissive era, the big TV networks policed their own airwaves, via a code crafted on behalf of the industry by the National Association of Broadcasters.

If memory serves, this content code served two purposes. One was to fend off government agencies or legislators from seeking to regulate content. The other was to ensure that the environment for advertisers was wholesome and inoffensive (more or less).

That world is long gone. Today, commercial-supported television is an anything-goes environment in which all manner of violence and almost all manner of language and sex is wholly permissible.

And there are always commercials, which would indicate that advertisers don't shy away from any of it, no matter how extreme.

And yet, suddenly, a bunch of advertisers are concerned about being associated with “Hannity” of all things.

On the one hand, this strikes me as hilarious -- that advertisers would get bent out of shape over “Hannity” and not the scores of other shows in which their messages appear.

On the other hand, calls for advertiser boycotts strike me as a form of censorship. With so much extreme content on TV these days that seems acceptable to advertisers, shouldn't advertising decisions be agnostic and not based on the contents of TV shows?

Whatever those contents are, someone is watching them. The quality and quantity of the audiences should be the deciding factors, shouldn't they? What am I missing here?

advertising, cause-related, news, sponsorship, tv
4 comments about "To Sponsor Or Not To Sponsor: That Is The Question ".
Check to receive email when comments are posted.
Read more comments >
Next story loading