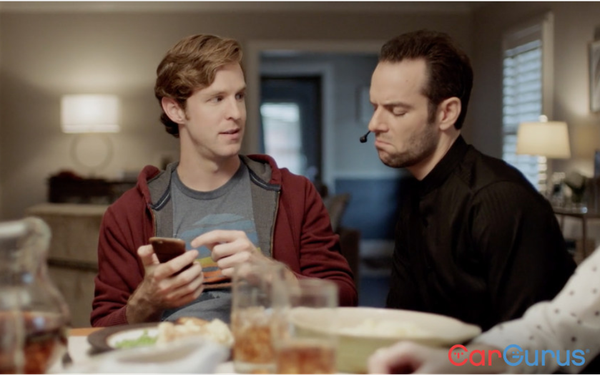 Following on the heels of a three-market campaign, car research and shopping platform CarGurus is rolling out a national effort breaking today.

"Detective" and "Motivational Guru" position CarGurus as the simple, easy solution for car shoppers looking to find great car deals from top-rated dealers. The spots play on the notion that while consumers might feel like they need detective skills or even a guru to navigate the complexities of car shopping, CarGurus makes it fast and easy to find the perfect deal. Plum14 handled creative with  Director Nick Spooner of The Sweet Shop and Chirp Films. Ocean Media handled media planning.

The  Cambridge, Mass.-based company launched the two TV spots in April to kick off the company's first mass-media awareness advertising campaign. The 30-second commercials aired on network and cable television in Nashville, Austin and Denver, concurrent with a national YouTube campaign. For the national rollout, the brand will test initially on a wide array of both broadcast and cable networks with a variety of programming and dayparts, then optimizing to those that perform the best, says Sarah Welch, CarGurus SVP of consumer marketing.

The brand has more than 20 million unique visitors a month, but lags in brand awareness versus more established players in the space who have been building their brands for decades, she says.

“We view this investment in our brand as an opportunity to build on and extend our growing market presence,” Welch says. “We see this investment building top of funnel awareness and engagement with our brand, but also playing a strong supporting role in improving the efficiency of our existing performance marketing efforts by increasing familiarity and trust with our brand. We’re tracking the impact of our TV efforts on traffic and conversions on our site and have been very pleased with the results from initial regional testing.”

In terms of specific audience targeting, the brand’s core leans toward males with a fair number of Millennials, she says.

“So the programming is skewed a bit towards reaching that target audience to start, but the campaign will have a broad reach,” Welch says. “We will test and learn what drives the best results and optimize accordingly.”

Founded in 2006 by Langley Steinert, co-founder of TripAdvisor, CarGurus is the top U.S. third-party car shopping and research platform, as measured by unique monthly mobile user traffic per comScore. The company has grown primarily through digital channels and word of mouth.