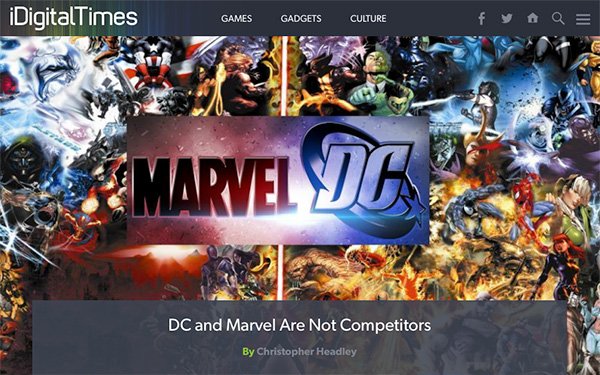 Instead of re-naming iDigitalTimes’ URL, Player.One lives on its own site, with a new logo of primary-colored stripes. Over the next few weeks, all traffic and older content will be moved to Player.One, as will iDigitalTimes’ staff.

William Mansell, managing editor of technology and science at Newsweek Media Group, told Publishers Daily the rebranding's biggest changes include a new site design for Player.One and a focus on ecommerce and mobile functionality.

iDigitalTimes reached over 8 million gamers monthly, two-thirds of whom were millennials and 40% were female gamers. Mansell said Player.One will also expand on iDigitalTimes’ mobile gaming coverage.

Player.One’s main focus on gaming and its fans fills what it calls “an important gap in the market.” The site houses opinion articles, reviews of games and gadgets, game guides and gaming culture coverage for console, PC and mobile gamers.

The company touts the gaming industry as attractive to advertisers. In 2016, the industry sold more than 24.5 billion games and generated in excess of $34.4 billion in revenue.

Last summer, IBT Media co-founder Etienne Uzac stepped down from his position as CEO and became chairman of the company. After undergoing a round of layoffs, IBT Media made Dev Pragad, CEO of IBT Media EMEA (Europe, the Middle East and Africa) at the time,  global CEO.
ecommerce, gaming, mobile, online publishing, rebranding, redesign, web sites
Next story loading