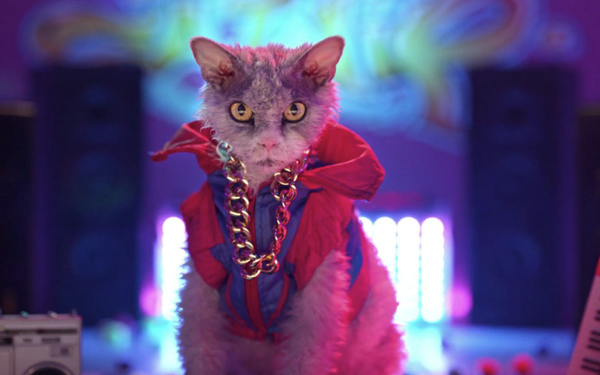 Move over Grumpy Cat, there’s a new sour-faced feline in the house.

Honda is launching a social media campaign from RPA starring Instagram cat star Pompous Albert to remind customers of the importance of keeping their Honda vehicles in top condition with Honda Genuine Parts and Service.

The automaker said it went in search of the biggest skeptic on the Internet to win over the social media masses in the new campaign. Enter Pompous Albert, an "Insta-famous" (Instagram famous) cat with a hard stare that has generated memes across the Internet and social media. The Selkirk Rex cat has about 133,000 followers on Instagram.

The campaign features a 36-second version of the Pompous Albert video as well as additional cuts that will be featured on Honda social media channels including Instagram, Facebook and YouTube, and will be accompanied by a variety of gifs and memes. The campaign, created by Honda agency of record RPA, will run through June.

The timing of the campaign is tied to the fact that consumers often plan road trips during summer months, making is a critical time to keep vehicles running smoothly, said Nick Lee, manager of service marketing at American Honda.

"Pompous Albert's many followers seem to share his skeptical sensibility, so we thought it would be fun to create a visually compelling storyline that was not only relatable, but raises awareness about the importance of regular maintenance with Genuine Honda Parts and Service," Lee says in a release.