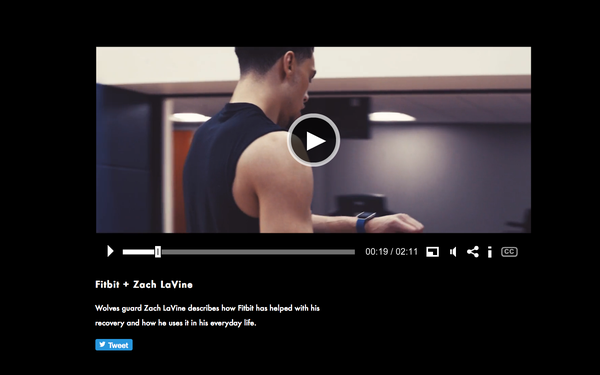 American Express is expanding its marketing partnership with the NBA and Fitbit has inked a deal with the NBA’s Minnesota Timberwolves.

The multi-year deal between AmEx and the NBA continues the company’s position as the Official Card of the NBA, the Women’s National Basketball Association (WNBA) and the NBA G League which allows the company to  provide card members with exclusive experiences and access at events such as NBA All-Star and the NBA Draft presented by State Farm.

To tip off the renewed partnership, American Express and the NBA will host a special draft-themed American Express “Teamed Up” event June 20 at the PlayStation Theater in New York City, featuring NBA legends Shaquille O’Neal and Alonzo Mourning. The exclusive experience for American Express Card Members will celebrate the 25th anniversary of the 1992 NBA Draft, when O’Neal and Mourning were drafted No. 1 and No. 2, respectively.

Meanwhile, Fitbit announced a multi-year partnership with the Minnesota Timberwolves, becoming the “Official Wearable” and “Official Sleep Tracker” of the NBA team.

As part of the deal, Fitbit’s logo will also appear on Timberwolves player uniforms beginning with the 2017-18 season (becoming the 7th brand to sign a jersey patch deal with an NBA team) The jersey patch will be unveiled later this summer with the new uniforms. The team will wear the jerseys for the first time during two exhibition games against the Golden State Warriors in October as part of the 2017 NBA Global Games in China.

Fitbit will provide access to its full-suite of devices to all three teams, including business and basketball staffs, offering personalized insights that can be used to gain a competitive advantage and improve performance throughout the organization.

Opportunities are currently being explored for the Iowa Wolves to serve as a testbed for using Fitbit technology in new ways to enhance basketball performance. The Timberwolves will encourage all employees to adopt Fitbit devices to further establish the organization as a leader of corporate health and wellness.

Fitbit will also receive a number of marketing assets, including branding and integration across the team’s mobile app, in-arena signage and team store. Fitbit and the Timberwolves are also working to integrate the new concessions menus into the food logging section of the Fitbit app, making it easier for fans to make more informed decisions about what to eat and track food consumed at games.

Fans and the community will also be engaged through community events and Fitbit Challenges. Fitbit will also reach fans through the team’s social channels, including the branded Fitbit Stat Tracker that showcases Timberwolves player stats and highlights, and involvement in community relations events, as well as Fitbit Challenges.