Unilever's Weed On Viewability, Fraud And What Hellmann's Mayonnaise Sounds Like 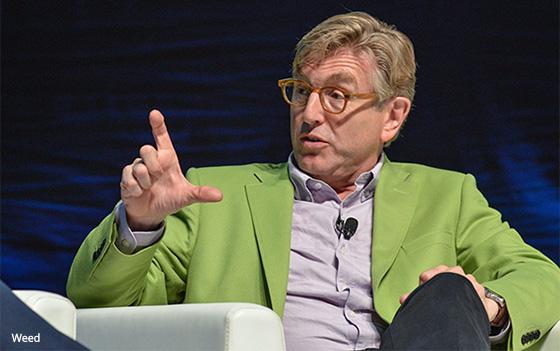 CANNES, FRANCE -- With $8.4 billion in annual ad spend, the advertising industry pays attention when Unilever is unhappy. During the Cannes Lions Festival of Creativity, Unilever's chief marketing and communications officer Keith Weed outlined the three concerns that "keep him up at night."

"If you don't have your ad viewed, you are dead,” Weed told a Cannes audience on Wednesday.

He wants advertisers to "join up the dots in the digital industry." As Weed sees it, this ecosystem is corrupted. Some 60% of traffic online is bots. "We want to buy eyeballs of viewers not bots," says Weed. "If it is too good to be true, it probably is."

Whether it's ad fraud or ad safety, there are too many industry controversies. The problem, in his view, is that advertisers have tunnel vision and look at these issues independently. Instead, “we should put consumers at the center and examine the whole ecosystem collectively.”

Unilever buys about 1 billion ads per day across all of its channels and doesn't hand media buying over to procurement. "We need to be steward of our brands," says Weed. "Every place our brand shows up has to have the same tone."

That type of control ensured Unilever didn’t need to take ads off of YouTube after others fled the Google platform out of brand safety concerns. "We didn't see any brand safety issues," he says. Rather, Unilever is working with Google and YouTube "to get them into a better situation."

In his mind, brand suitability is a larger threat. Weed wants inventory to be better classified. If you buy ads to run across "news," for instance, now you may get the BBC or a channel affiliated with terrorists.

Weed wants to reexamine the industry's approach to viewability. Half of a pixel counts as a view in digital media.

"I wouldn't pay for half of a TV ad," says Weed. This doesn't pass the "common sense test." It is like buying Ben and not Jerry's, he jokes. In addition, big agencies are grading their own homework, which is why Unilever is pushing for third-party verification.

On the diversity front, Unilever is "unstereotyping" its advertising, Weed told his audience. Ads are 24% more progressive, thanks to shifts such as spots featuring men doing laundry and the transgender Indian group 6 Pack Band. Unilever has also teamed with a United Nations group to launch the Up Stereotype Alliance to further breakdown cultural silos.

Also keeping Weed up at night are creativity related questions.

"To break through the clutter and get noticed has never been so hard," says Weed. As a solution, Unilever is approaching brand stories differently by incorporating broader messages into its campaigns. Rather than list the product advantages, for instance, a Seventh Generation campaign features comedian Maya Rudolph singing a humorous jingle about chemicals in feminine products. People want to care about things rather than sell a product, Weed explains.

Unilever is also experimenting with Amazon's Alexa on voice messaging. "What does Hellmann's mayonnaise sound like?" he wonders.