VR, AR Developers Move Away From Mobile To Higher-End Systems 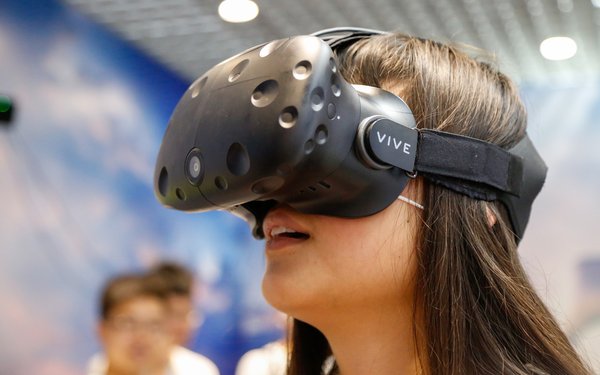 Virtual reality experiences may be shifting from mobile-based platforms to higher-end systems.

That is one of the shifts compared to last year indicated in a new study of AR, VR and MR (mixed reality) developers.

The study was conducted by the UBM Game Network and comprises a survey of more than 600 professionals involved in the development of AR, VR and MR experiences.

Gaming and entertainment are the top areas that AR and VR developers are currently focused on, with 78% saying so, followed by training and education projects (27%) and branded experiences (19%), according to the study.

Compared to last year, developers seem to be focusing more on high-end VR systems, rather than mobile-based VR viewers.

In the same survey last year, 49% of developers said they were working on experiences for HTC’s Vive platform and 43% said the same for Oculus’ Rift, as the AI & IoT Daily reported at the time (Best Buy Adds VR To Stores; Agency Sees Tech As Secondary).

Those numbers have risen to 56% for Vive and 49% for Rift, according to this year’s study.

While Samsung Gear VR remained the same, the number of developers currently working on experiences for Google Cardboard decreased from 29% to 24%.

Here is the breakdown of AR and VR platforms developers are currently using:

However, the future may even out between HTC and Oculus.

After the current project, 52% of developers said their next experience will be for HTC’s Vive and 50% said it will be for Oculus’ Rift.

Additionally, focus will shift away from mobile-based platforms. Fewer than a third of next projects are for Samsung’s Gear VR, fewer than a quarter (22%) are for Google’s Daydream and even fewer (18%) for Google’s Cardboard, according to the study.

When it comes to funding projects, there appears to have been a shift in the market since last year. Last year, half (50%) of VR developers said they personally fund their projects and a third (33%) said funding comes from existing budgets within their company.