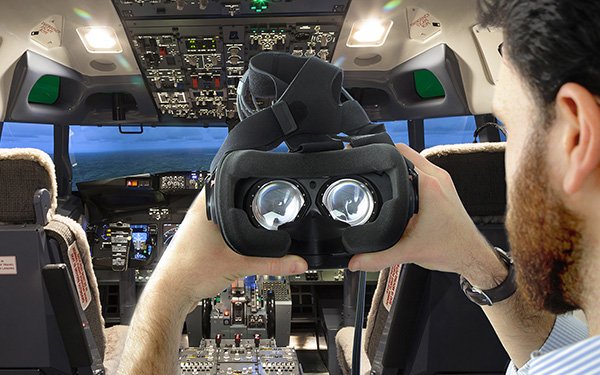 The capabilities, which were recently launched by eye tracking company Tobii, can track a user’s eye movements as the person views and interacts with a VR experience.

One of the target use cases for the eye tracking is conducting behavioral tests in virtual retail environments. Such tests could be used for pre-production products and campaign messaging, according to Tobii.

At least one agency executive sees opportunity in eye tracking, both in the short and long term.

“I definitely see this supporting our VR capability in research and testing,” Steve Callan, senior vice president and director of technology at Hill Holliday, told the AI & IoT Daily. “However, its use in published brand experiences is probably much further out.”

Other research application areas include studying phobias and anxieties and testing skills in high-risk environments virtually, according to Tobii.

Agencies already have been able to track a user’s visual focus in VR, but the accuracy has been limited to the general direction a user is looking, rather than precisely where their eyes are landing.

“We’ve already begun to use VR and field-of-view tracking to test the effectiveness of our point-of-purchase and out-of-home campaign creative,” Callan told the Daily. “However, field-of-view alone prevents us from identifying which specific elements within that creative drew the user’s attention.”

Tobii’s eye tracking can record where users' eyes move throughout a scene and when they move to a different area and for how long.

“Eye tracking will add a deeper layer for us, allowing us to see exactly what the user is looking at in real-time,” Callan said. “From there, the digital nature of VR allows us to quickly A/B test various scenarios until we’ve found the perfect creative.”

Eye tracking may not be limited to just research purposes within virtual reality.

For example, eye movement can be integrated into a user’s virtual avatar within a social VR application. In a demo of the eye tracking capabilities, Tobii shows a user’s avatar winking as the user winks.

This has been widely reported as an area that could benefit mobile-based VR viewers, such as Samsung’s Gear VR and Google’s Daydream View, to improve the overall performance and battery life of the smartphones driving the viewers.

“Similar to the current limitations of our campaign testing, we are only able to identify the direction a user is looking in and their general field-of-view,” Callan said. “While this does allow us to know if a critical element is in view or not, it is still only an estimate as their eyes could have been looking left or right and missed it.”

“Being able to see exactly which elements the users see and are most drawn to will aid us in creating better experiences,” he said.

However, pulling eye tracking data is currently limited to using expensive non-standard products, such as Tobii’s reference design headset. Using eye tracking for consumer-facing applications, such as complex gaze-driven user interfaces, may be a long-term realization, according to Callan.

“Leveraging this technology in a published VR experience is probably further out,” he said. “There are certainly scale limitation with Tobii, due to the additional hardware requirements and steep price point.”

The system itself is a reference design comprising an enterprise edition HTC Vive headset modified with Tobii’s eye tracking cameras inside.

While the reference design system is currently at the expensive side of the VR spectrum, Tobii’s plan is to work with manufacturers to integrate this capability directly into the products themselves.

“I’m curious to see the direction headset makers go in regards to built-in eye-tracking,” Callan said. “If every VR user had this integrated into their headset, it’s exciting to think about how we might personalize each person’s experience based on the elements they see, or don’t.”