Duncan Channon Helps Craft Beer Pioneer Get Back To Its Roots 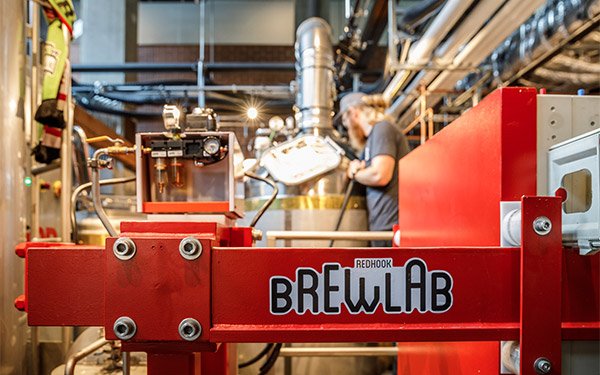 One of the pioneers of the craft beer industry, Redhook, is taking the wraps off  a major brand extension today that it worked with San Francisco-based ad agency Duncan Channon.

The brewery, founded in 1981 in the Seattle area, has opened the doors to its new Redhook Brewlab. The company calls it an “experimental brewery and pub” that will feature more than 100 small-batch beers created by Redhook Head Brewer Nick Crandall.

In part, the intent is to bring the brand back to its craft roots. Its craft rep took a bit of a smacking around after Anheuser-Busch InBev acquired about a 30% stake in the brewery in 2010. Critics said the move had transformed it into “Budhook.” And, by industry standards, as defined by the Brewers Association, Redhook lost its craft brewer status with the A-B InBev investment, as it was more than 25%.

The new facility is designed as a working space and test ground to experiment and create new small-batch beers primarily for the pub, but also to develop recipes that will eventually be distributed on a wider scale in Washington State and beyond.

Brewlab will feature 16 taps of rotating small-batch beers, brewed onsite, based on Crandall’s experimenting with different ingredients and recipes. Some 100 different varieties are planned for every year.

“To revitalize a brand that lost some of its craft credibility … we knew we had to bring Redhook’s values to vivid life rather than merely talk about them in a traditional advertising campaign,” said Michael Lemme, chief creative officer, Duncan Channon.

The agency’s task in developing the Brewlab concept and identity, he added, “was to make sure everything from the name to the smallest detail in the customer experience communicated how Redhook Brewlab is purpose-built to experiment, innovate and test the results on Seattle humans of legal drinking age.”

Added Crandall: “Redhook Brewlab will allow us to experiment and test brewing boundaries, as well as get feedback directly from our guests. We’ll see what works and what might not. Ultimately, the next generation of Redhook’s core and seasonal beers will be born at Brewlab.”

That sounds pretty crafty, no matter what the Brewers Association believes.