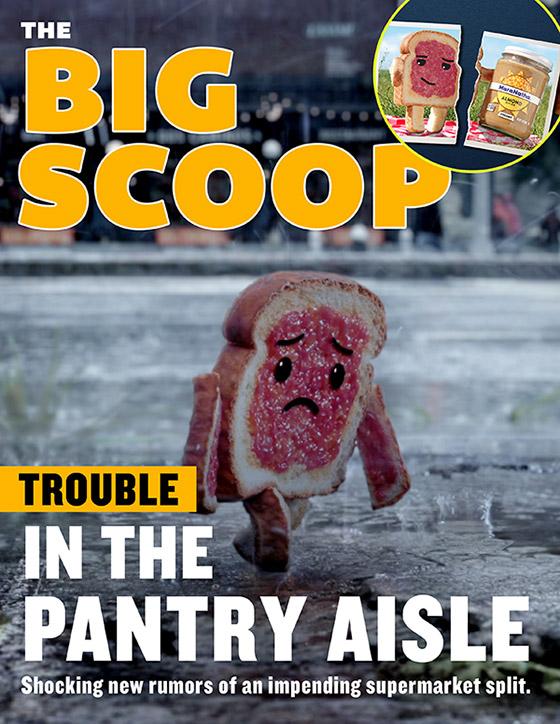 The tongue-in-cheek "Too Good For Jelly” creative suggests the healthful nut butter "break up" with jelly because its taste is good enough to stand alone.

The Heartbreak spot shows a depressed CGI slice of bread with jelly at a shrink appointment, drowning its sorrows at a bar and walking around until it sees a jar of MaraNatha through a kitchen window. A woman partaking of the nut buttery treat enjoys it right out of the jar with a spoon, leaving the jellied bread slice rejected.

"When we were in creative development, we found ourselves eating MaraNatha directly out of a bowl, spoon in hand,” says Sandy Greenberg, CEO, Terri & Sandy. “Suddenly, one of our creative teams envisioned an animated character called "Sad Jelly" who was depressed because he was no longer needed. We knew right then we had the beginnings of a great campaign, and a big idea for a little fighter brand.”

The campaign includes TV, cinema, online and OOH in select markets, as well as exclusive digital and social content.

In addition, the creative concept will be leveraged through content partnerships with The Food Network and Cooking Channel and influencer marketing across blogs like PopSugar, Pure Wow and MindBodyGreen.

Terri & Sandy was named AOR for the Hain Celestial pantry brands in June, with a remit that covers the client’s MaraNatha, Imagine, Spectrum and Rudi’s Organic Bakery brands.