Blu Sells Vaping As 'Something Better' 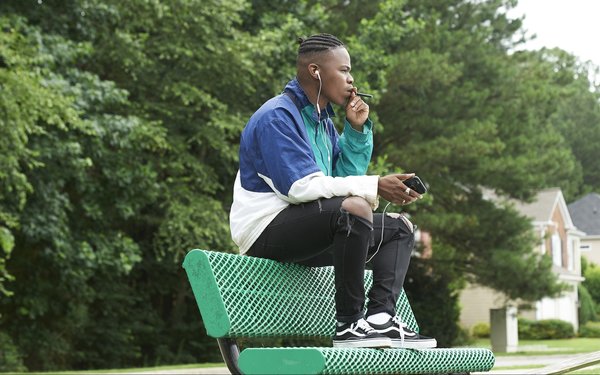 Over its history, e-cigarette maker Blu has used celebrity endorsements and unique individuals to sell its product. Now, the brand is looking to use those stories to dispel some of the misconceptions about vaping.

The new effort, tagged “Something better,” attempts to dispel some of the common misconceptions about the category. An overarching video explaining the “Something better” ethos highlights some of the practical advantages over traditional smoking, including less money spent, no ash, better smells, and “your friends will find you less annoying.”

"We're giving people a peek into what life with blu is like before they have even tried our product or experienced the brand for themselves. We're confident in our products and know adult smokers will be satisfied when they make the switch to Blu," Matt Kessler,  director brand PR for Blu, tells Marketing Daily. "We know there's no better way to spread experiences people have with blu than word of mouth from real consumers, and that's what we're doing here. Giving people a platform to tell their story with blu and spread the word through real experiences."

The campaign also tells the stories of people — from  fashion designers, musicians to everyday consumers — expressing the benefits they've received from e-cigarettes over traditional tobacco. One story features fashion designers Rochambeau, who talk about how the e-cigarettes are practical in different ways (they don’t lead to crushed cigarette packages in your pocket and they don’t require people to excuse themselves to go outside for a smoke break). Other videos will include “No data” artist Daye Jack, chef-cum-rapper Action Bronson, and musician Niykee Heaton.

"We submitted a casting call to our bluNation fans asking them to submit their 'Something Better' story and we selected from those entries," Kessler says. "What is it about their stories that will resonate with consumers? Their stories are real. Plain and simple."

The content will be available through Blu’s “Something Better” hub online, where consumers will also be able to submit their own stories as well. Print ads will also run in major publications, while the video will run online, in social media and on gas-station television, Kessler says.