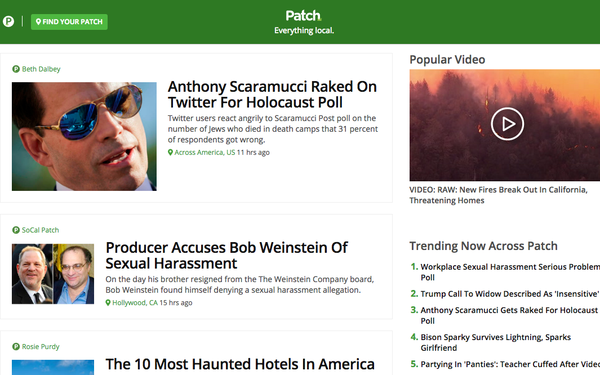 Patch, the hyperlocal news publisher that spun out of AOL in 2014, is gaining traction and building a loyal audience base. It uses a combination of community news and conventional subscription models, as well as integrating with diverse news feeds and aggregators.

The turnaround, which has largely been grassroots and under the radar, may come as a surprise to people on Madison Avenue, concedes CEO Warren St. John. He describes one such recent encounter in which an executive said: “I didn’t know Patch was still around.”

“That’s happening less and less,” St. John says, as the company begins shifting from turnaround mode to a promotional one, though it still is largely word-of-mouth.

In a briefing with Publishers Daily, St. John cited some significant publishing thresholds, including an audience of 27.5 million unique monthly users, a gain of 25% year-over-year.

Importantly, he says the growth has been completely organic.

“We don’t buy traffic,” he explains, asserting the gains are coming from the local community content it publishes.

He says Patch has more than doubled its editorial team to 110 full-time and a few dozen freelancers and contractors. Many of the additions are seasoned news community journalists cast-off from the implosion of daily and community newspapers that have gone under or cut back in recent years.

As important as news content has been in the turnaround, St. John takes equal pride in Patch’s reinvigorated engineering team, which has rebooted almost every facet of its platform, including its internal content management system. It has also revamped how it distributes and syndicates its content to other platforms and news feeds, as well as emerging paltforms, such as Alexa, Amazon’s voice-activated AI device.

Patch also relaunched its “front-end” Web publishing experience and a new iOS version of its app and is poised to launch its first Android app.

“Until now, we didn’t feel confident that we had a product we could go out and sell to brands. I think we’re at that point now,” he says. 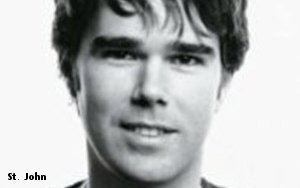