If The Ads Served From Google Pixel's Semiconductor Chip 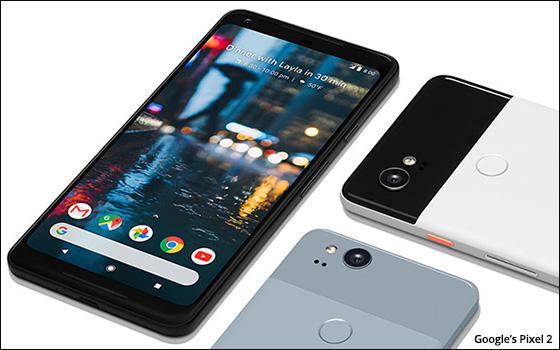 It seemed like a test run -- an experiment to see whether Google could move from services originating on servers to hardware devices that consumers hold in their hand.

The love for hardware became apparent with Google's investment in a Taiwanese semiconductor subsidiary in July 2013, giving the company a 6.3% interest in Himax Technologies, with an option to make an additional investment of preferred shares in the manufacturer at the same price within one year of the closing date. It also allowed Google to contribute to Himax's design of the semiconductor chips.

Media outlets recently reported that Google has been working with Intel engineers to develop and build the Pixel Visual Core chip for the Pixel phone. The chip would boost artificial intelligence (AI) and image processing on Google phones.

What if ads did serve from Google's Pixel semiconductor?

Marketers do not pay enough attention to the chips and capacitors that go inside the hardware or the servers in the "cloud" that serve advertisements and content in search engines. The chip has the ability to house a system for doing just about anything required by the manufacturer, which would include serving an advertisement on to the phone -- a personalized advertisement based on searches, location, weather, and other data collected from the device.

In June 2017, Google hired an Apple chip architect to build custom Chips for Pixel phones, according to one report. This chip experts, hired to control future Pixel hardware development, began working at Apple in 2009 and were instrumental to the company's custom chip efforts for the iPad.

Manu Gulati, the lead system on chip (SOC) architect at Google, was hired in May 2017 and has been at the company ever since. Gulati moved from chip manufacturer Broadcom to Apple to Google. His specialty, SOC, enables chip designers to program numerous actions onto a tiny piece of silicon in the chip. Things like the ability to serve an advertisement based on certain triggers or the ability to stream or collect data or the ability to boost AI and image processing on the Pixel phone.

As CNBC notes, Google has had a mixed relationship with Intel for years when it comes to AI. Waymo, Google's sister company working on self-driving cars, has relied on Intel chips.

A moral dilemma is at stake when it comes to designing the ability to trigger an ad from the chip. I'm not an engineer, but it seems that consumers would not have a way to block the ad from serving. Say you?

Google could have bigger issues when it comes to hardware. Only about 33% of Americans have heard anything about the phone, and only 3% own a Pixel phone. Only about 5% are planning to purchase the second edition, according to a survey from Fluent. The Pixel survey was conducted online within the United States by Fluent on October 10, 2017, among 2,136 adults.