Google's Building Blocks For Semiconductors, Smartphones And Implications For Search 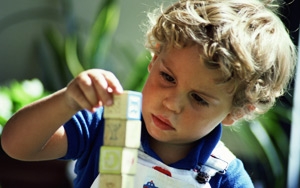 Designing and building hardware of all types requires two completely different strategy models. Reports speculate that Google will "build" its own smartphone, which -- unless the company acquires or builds a contract manufacturing facility -- is completely unrealistic. It would require several hundreds of millions of dollars, because founders Sergey Brin and Larry Page would need a completely automated
state-of-the-art robotics facility supported by a cloud infrastructure.

If Google built a manufacturing facility outside the U.S. it would cost the company about $300 million, per ChainLink Research CEO Ann Grackin's estimate back in June 2014. At the time I wrote a commentary on the topic after learning the company earmarked $30 billion for merger-and-acquisition expansion, and between $2 billion and $4 billion for capital expenditures.

Even if Google partnered with a contract manufacturer, it would not build its own smartphone. It would contract the build to another company. Design is another animal. Google has been designing smartphones for years. It also has designed development kits and reference designs for engineers to build their own. Reports also suggest Google's designing its own semiconductor chips, which I'm pretty sure the company has been doing for years.

In July 2013, Google's investment in a Taiwanese semiconductor subsidiary gave the company a 6.3% interest in Himax Technologies, with an option to make an additional investment of preferred shares in the manufacturer at the same price within one year of the closing date. It allowed the company to contribute to the design of the semiconductor chips.

Himax, a fabless semiconductor manufacturer, designs the chips and outsources the manufacturing for use in televisions, laptops, monitors, mobile phones, tablets, digital cameras, and other consumer electronic devices.

Then in August 2014, executives at Google told the world they knew it too. That month the company publicly announced the acquisition of Los Gatos, California-based Gecko Design to secure product-design capabilities for -- at the time -- its research X Lab. "Gecko starts with developing consumer electronics, working with engineers early in the process -- but extends through supply chain management, which means moving the raw materials into manufacturing, to finished goods," I wrote.

Of course the implications for search point to greater ad targeting because of the access to consumer and business data. It's like handing the keycard to the cruise traveler and saying you need to swipe it each time you enter and leave your hotel room, eat a meal, or make a purchase.