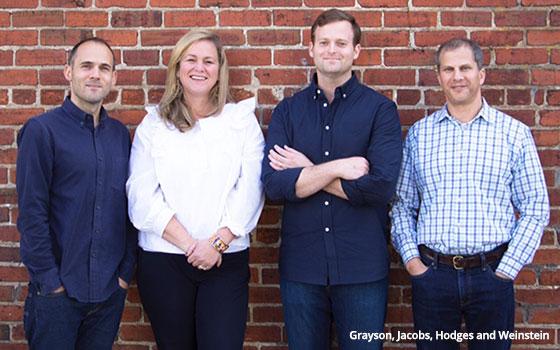 Today’s clients want to embed themselves as true partners in the creative process -- one of the reasons that creative veteran Charles Hodges, known for his leadership on campaigns for Apple’s iPhone, is introducing creative agency Arts & Letters Creative Co.

Based in Richmond, Virginia, the nearly 20-person shop debuts with its first flagship client: Google. The agency has been working in partnership with Google Creative Lab on a range of projects across the company.

Weinstein was most recently senior vice president/group account director at The Martin Agency on Oreo, Walmart and Comcast.

Grayson brings over 15 years of strategic leadership, most recently working in San Francisco with various startups after serving as the director of brand strategy at Goodby Silverstein & Partners in San Francisco, a post he landed after 3 years running strategy on the Nike business for Wieden+Kennedy Portland.

And Jacobs most recently sat on the leadership team at The Martin Agency as an executive producer and director of project management. Previously, she spent three years at Young and Rubicam and over her career has led work for Volkswagen, Nike, Land Rover, Verizon, Chevy, Hanes, Heineken, Burger King, and Mini Cooper.

“Building something from scratch has been exciting because it has forced us to completely reevaluate what you really need to create great ideas -- and what modern clients really need in a creative partner," says Hodges.

The agency's name represents the natural marriage of visual arts and literature, and serves as something of a mantra shared by agency leadership to keep things open, simple and effective, added Hodges. “We wanted to name it ‘Arts & Letters & Tech & Music,’ but that didn’t have quite the same ring to it."