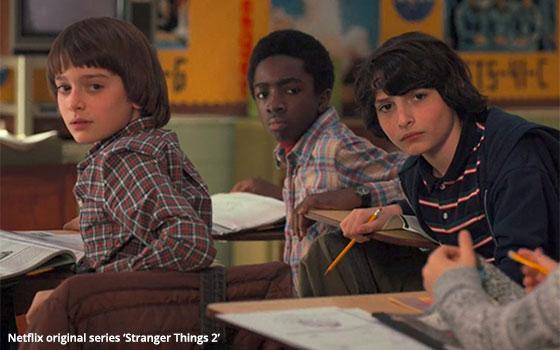 Original and exclusive programming is the driving factor for consumers when they decide to subscribe to an over-the-top video service. That's probably the biggest takeaway from the Magid Media Futures study, which looks at the state of OTT video services.

“The real value, not only for Netflix, but for emerging players, is becoming an issue of originals. It really suggests the conversation is changing for consumers. It is now much more about what will you bring me that is new, that is compelling, the is must-see TV so to speak, as reason to sign up,” said Andrew Hare, VP of research for Magid, in an interview with Digital News Daily.

The study shows that two-thirds of U.S. households pay for at least one streaming service, with households that do subscribe paying for, on average, two of the services. Not surprisingly, big players like Netflix, Amazon and Hulu have the widest subscriber base.

Magid also found a that significant shift is driving cord-cutting: the rise of these OTT services.

“For years the reason for cord-cutting was driven by price. The bundle was too much money and that is why people said they were going to cut the cord,” Hare said.

“Well over the past three years -- and in 2017, it is the highest number we have seen -- the majority of cord-cutters are directly attributing their behavior to OTT," he added. "Only something like 25% are saying that it is because the cable bundle is too expensive. When you start to see data like that, you see this dramatic shift. Consumers are reconsidering everything here.”

The study also painted a negative picture for streaming services that hope to use advertising as their primary business model. “What we saw for the first time -- especially as people watch on connected screens and on the big connected televisions -- is that people would actually rather pay money to have no ads, than have free, ad-supported content, which tells us something,” Hare said.

While "We have always traditionally thought of television as this sort of ad-supported medium, some of that has begun to shift, not only because of what happened with [the] DVR and VOD, but also with Netflix.”